It’s the time it takes to respond to a stimulus, which can be anything that occurs before a response. How long it takes for the body’s physical response to a stimulus to occur depends on the complexity of the human brain, which typically takes 160 to 190 milliseconds. How long does it take for a person to blink?

Unlike our bodily reactions, which can happen in a split second, our brains are constantly processing information. As an analogy, the brain of a catcher must first perceive the ball, decide to respond, and then send a message down the spinal cord to the hands and fingers.

Reaction time can be affected by a wide range of things. Age, left or right-handedness, and whether or not the stimuli is visual or auditory are factors that we cannot influence. There are other things we may influence, such as reaction times, such as our physical health, the presence of distractions, and our level of exhaustion.

Can a Lack of Sleep Affect Reaction Time?

In both physical and mental health, getting enough sleep is critical. It is recommended that individuals get between seven and nine hours of sleep per night according to the National Sleep Foundation’s recommendations. According to the Centers for Disease Control and Prevention (CDC), nearly a third of Americans sleep less than six hours every night.

The Dangers of an Increased Reaction Time

In a wide range of occupations and activities, reaction speeds are critical. The performance of sports, shift workers, medical professionals, students, pilots, and anybody else whose employment needs continuous concentration and quick reflexes can be adversely affected by an increase in reaction time..

Getting behind the wheel of an automobile with slowed reaction times can be deadly. Drowsy driving is believed to be the cause of up to 6,000 fatal car accidents each year, according to the NHTSA. A lack of sleep before a drive might impair reaction time and increase the likelihood of unsafe behaviors such as lane drifting. 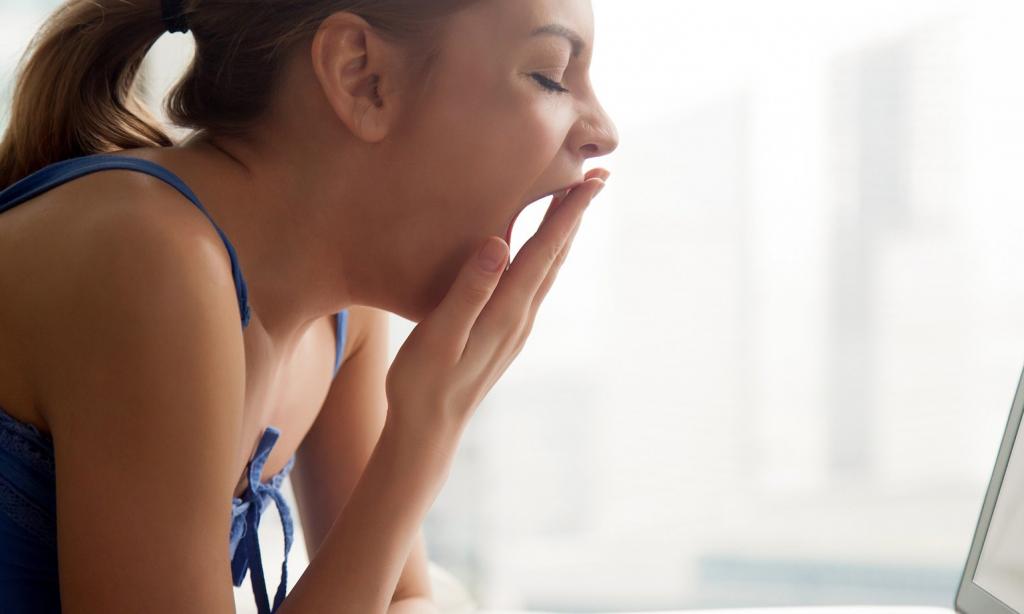 Sleep Impacts Reaction Time As Much As Alcohol

If you watched the pilot stagger out of the airport bar while waiting to board a plane, you’d be pretty concerned. You should be just as concerned if you notice the pilot yawning and wiping his eyes, according to a new study from Stanford University’s Center for Aviation Research.

Researchers found that those who were sleep deprived performed on par with those who were legally inebriated in a response time test. People with mild to moderate sleep problems were found to be severely impaired in this study for the first time.

According to Nelson B. Powell of the study’s leadership, he intends to spark a conversation about the need for safety recommendations to encompass sleepiness—rules similar to those already in place for blood alcohol levels.

According to Powell, who is co-director of the Stanford Sleep Disorders Clinic and Research Center, alcohol has a well-documented effect on reaction times. That is one of the reasons why society mandates that persons who are responsible for the safety of others, such as truck drivers, railway engineers, and airline pilots, limit their pre-work alcohol consumption.

Though sleep deprivation has been linked to a number of high-profile incidents, such as the grounding of the Exxon Valdez, Chernobyl, and Three Mile Island nuclear catastrophes, society appears to be less concerned than it should be.

So Powell and his colleagues set out to see if the sleep apnea disorder had any effect on people’s reaction times in the hopes of seeing a difference. A quarter of middle-aged men and nine percent of middle-aged women have sleep apnea, which causes them to stop breathing many times during the night. Interruptions to sleep may not be noticed by patients, but these disturbances hinder the body from relaxing and falling into a deep sleep, which leads to daytime somnolence.

To put it another way: People with excessive snoring, who are regularly too fatigued for even a simple chat with a friend or for driving to the local store, are clearly dangerous. Even if the disease is less severe, Powell’s team wanted to find out if it could pose a risk to the public.

To test this, they recruited 113 individuals with mild to moderate sleep apnea and compared their reaction times to those of 80 healthy volunteers who had slept well the previous three nights. To establish a baseline, those in the second group were required to take the reaction-time test while intoxicated. Three more tests were then performed: one at 0.057 percent blood alcohol, another at 0.08 percentage and the third one at 0.083 percentage.

The apnea patients were shown to have a significantly worse reaction time when compared to the control group on seven measures of reaction time, including the average time, the maximum time, and the average of the ten fastest times. They performed worse than the drinking group on all seven measures at a blood alcohol level of 0.057 percent (see graph on page 7). The apnea patients, on the other hand, performed as poorly as or worse than those who were legally intoxicated on three out of four criteria. “That really startled us,” Powell exclaimed.

Reaction-time tests developed by one of Powell’s co-authors, psychiatry professor David F. Dinges, PhD, for NASA were developed by Dinges, a co-author of Powell’s book. There are no surprises in the 10-minute exam, which asks participants to press a button anytime a red light appears. Reaction time can be measured as the time elapsed between the flash and the push of a button.

As Powell pointed out, he is not making recommendations for specific safety measures. It’s his hope, though, that this study will lead to a national debate about whether such rules are required. In this regard, he urged that airline pilots be subjected to a reaction-time test before they are allowed to take to the skies. Alternatively, we may monitor their sleep patterns to ensure that they are well-rested when they sit down in the cockpit. 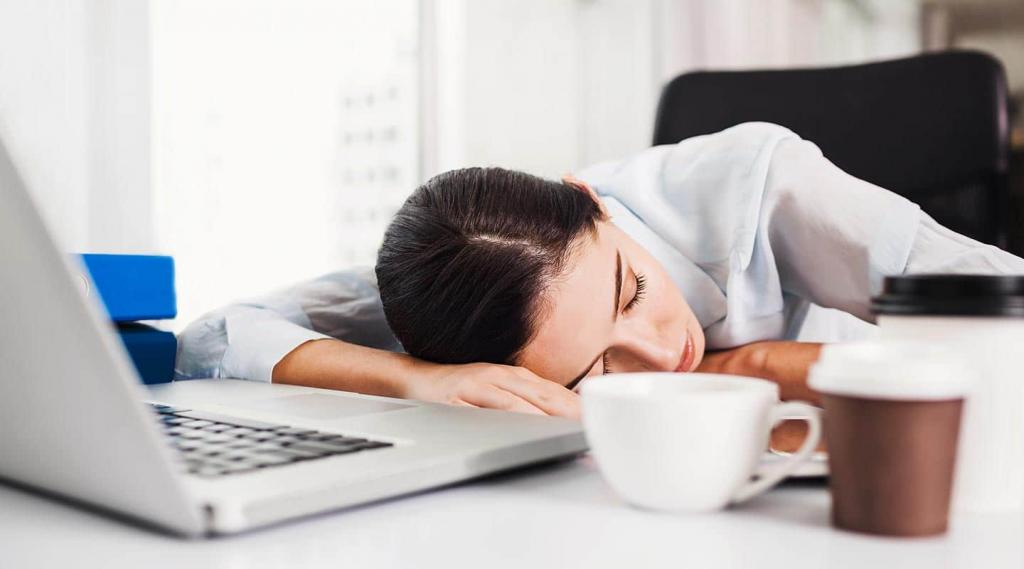 However, it isn’t going to happen, but “maybe it should,” Powell remarked. “Someone in a sensitive position might bear blame because of it.”

Research into how sleep deprivation affects mental and physical capacities might be expanded upon, according to Powell. “I am only showing you one measure of performance anomaly,” he explained.

The findings of this study were published in the journal Laryngoscope in its October issue.

Professors Christian Guilleminault and Robert W. Riley, both from the Stanford Sleep Disorders Clinic and Research Center, are Powell’s co-authors on the paper, which was published in the Journal of Clinical Psychiatry. After Marc Blumen, an otolaryngologist at Hopital Foch in Suresnes, France, and Kenneth B. Schechtman of Washington University School of Medicine in St. Louis are the only other writers. SR SR

How To Test Your Reaction Time

You may measure your response time at home in a variety of methods. Using these techniques to determine whether or not you’re too sleepy to drive or perform other duties isn’t recommended, but it may be a lot of fun to see how fast your reaction time is affected by various factors.

Record the length of the ruler where you grabbed it. The faster the ruler was caught and the better your reaction time, the lower the number was. The fun part is switching roles with your pal and seeing how you fare against each other. You can also compare your reaction time under various circumstances, such as with or without background noise.

How long does it take you to respond to a visual stimulus? That’s the question that’s answered by the psychomotor vigilance test. At random intervals, images are displayed on a blank screen, and participants are instructed to press a button if they recognize the image. There are various computer and smartphone-based tools that allow you to evaluate your reaction speed under varied settings, but this test can be tough to reproduce on your own.

Increasing one’s reaction times can help one become a better driver, a more efficient worker, or a better communicator. Those who work shifts or in emergency situations, such as first-time parents or emergency responders, often have to sacrifice sleep in order to maintain their reaction times. However, even if you don’t get enough shut-eye each night, there are a number of things you can do to enhance your reaction speed on any given day. 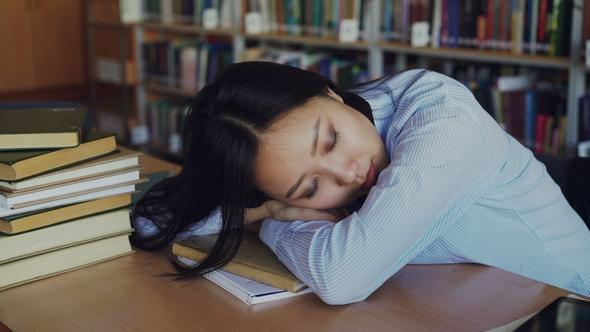