The sleep disorder known as sleep apnea is characterized by periodic stops in breathing while sleeping. The two forms of sleep apnea are obstructive sleep apnea (OSA) and central sleep apnea (CSA). Periods of airway collapse characterize OSA, preventing air from reaching the lungs and leading to snoring and gasping during sleeping. A breakdown in neural connectivity between the brain and the respiratory muscles underlies the episodic cessation of breathing seen in CSA.

When a person has both hypertension and sleep apnea, treating the latter can help reduce the former’s effects on blood pressure.

Blood pressure is the result of the force of blood pushing against the artery walls; hypertension develops when this force is too great. As a result, your heart muscle becomes overworked and exhausted, preventing it from performing at its best.

Hypertension comes in a wide variety of forms, some of which are:

Although fluctuations in blood pressure during the day are to be expected, continuously high blood pressure is not normal and may suggest hypertension and other issues.

How Hypertension Affects Your Body

Almost half a million people in the United States lose their lives every year due to high blood pressure. The Center for Disease Control and Prevention reports that 32.6-38.6% of Tennesseans aged 20 and up have hypertension.

When mistreated, hypertension can cause heart failure and other serious health problems, including disability and even death. These include some of the following:

One of the most prevalent risk factors for hypertension is becoming older, however gender and family history also play a role. Although hypertension is extremely prevalent in the adult population of the United States, there are no outward manifestations of the disease. In light of this, it is sometimes referred to as “the silent killer.”

Diseases of the cardiovascular system, including heart disease, heart failure, stroke, and erectile dysfunction, are all linked to hypertension. Sleep apnea, commonly known as sleep disordered breathing, is associated with many medical issues. Anyone experiencing high blood pressure might benefit from a sleep test, as studies show that up to half of those with hypertension also have sleep apnea.

Hypertension, on the other hand, can be effectively managed with a change in diet, improved sleep hygiene, and regular physical activity. If your hypertension doesn’t improve after trying these measures, including medication, it’s crucial to have a sleep study performed to rule out sleep apnea as a cause.

The Relationship Between Sleep Apnea and Blood Pressure

Only obstructive sleep apnea (OSA) has been associated with an increased risk of hypertension. Despite the fact that CSA is not a known cause of hypertension, it appears in 30-50% of persons with heart failure.

It is believed that 4-7% of the general population suffers from OSA, but that number rises to 30-40% in those with hypertension. It is estimated that almost half of those who have been diagnosed with OSA also have hypertension.

“Blood pressure dipping” describes the normal nighttime drop in blood pressure that occurs in healthy people. This drop can be as much as 20 percent. People with severe OSA have what is known as a “non dipping” blood pressure pattern, which means their blood pressure rarely drops by more than 10%. 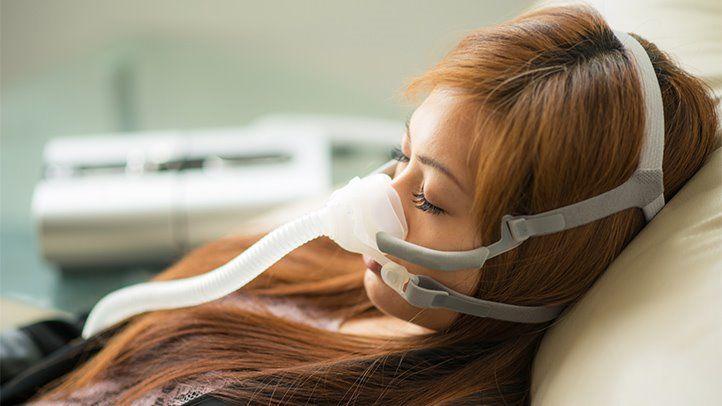 Anyone whose blood pressure stays consistently high during the night is at a higher risk of developing cardiovascular problems. Additionally, many people with OSA have hypertension that is particularly severe upon awakening. This “morning rush” could be a contributing element to the development of cardiovascular disease. All-cause and cardiovascular mortality are both raised by moderate to severe OSA.

The impact of OSA on blood pressure extends beyond the overnight hours. The degree of sleep apnea has been shown to correlate with a rise in daytime blood pressure.

How Does Sleep Apnea Cause High Blood Pressure?

When a person with OSA experiences airway collapse and stops breathing for even a short period of time while sleeping, their sympathetic nervous system is engaged and their blood pressure quickly rises once they start breathing again. This pattern of interrupted and resumed breathing can sometimes startle a sleeping person awake. A person’s sympathetic nervous system is further activated and their blood pressure is higher when they awaken from an OSA episode.

Catecholamines, hormones of the sympathetic nervous system, are also released into the blood when sleep is disrupted by OSA symptoms. The adrenal glands are responsible for releasing the stress chemicals known as catecholamines. Catecholamines contain substances like dopamine and epinephrine (also called adrenaline). High blood pressure is caused by an excess of catecholamines in the body.

The interplay between obstructive sleep apnea (OSA), high blood pressure (BP), obesity, and insulin resistance is intricate, with each condition influencing and exacerbating the others.
A higher risk of developing OSA is observed in the obese. As with hypertension, obesity is linked to a higher risk of cardiovascular disease. There is evidence to suggest that a person’s cardiovascular health can be negatively impacted by having both OSA and being overweight. Elevated leptin levels are associated with a number of health issues, including sleep apnea and obesity. One more factor that can lead to weight gain is the hormone leptin. Furthermore, Leptin places strain on the cardiovascular system, which may contribute to the onset of hypertension.

Fortunately, OSA can be treated in several ways. The quality of sleep and control of hypertension may both improve with treatment. Continuous positive airway pressure is the gold standard treatment (CPAP).

The CPAP therapy is using a mask to breathe in pressurized air while sleeping. It helps those who suffer from OSA sleep better by preventing their airway from closing during the night. Treatment with CPAP reduces blood pressure both during the day and at night, notably in individuals with severe OSA, as proven in studies of its effects on hypertensive and OSA patients. Catecholamine suppression is another effect of CPAP. 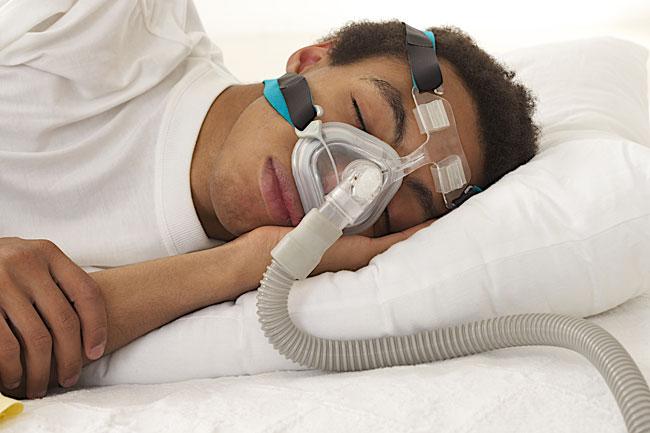 Using a CPAP facemask at night might be uncomfortable for some people. Consistent, appropriate CPAP use is crucial for the efficient management of OSA and hypertension. As an alternative to CPAP, mouthpieces have been developed to keep the airway open while you sleep. There has to be more investigation into whether or not patients with high blood pressure and OSA can benefit from using mouthpieces to reduce their blood pressure. OSA can also be treated by the use of surgical treatments for certain people.

One method of treating OSA that has the added benefit of potentially reducing blood pressure is achieving and maintaining a healthy weight by dietary and lifestyle modifications or surgical intervention.

Should I Talk To My Doctor About Sleep Apnea?

Get checked out by a doctor if you have hypertension and suspect you may possibly have sleep apnea. A proper diagnosis is the first step toward receiving treatment for OSA, which may lead to better sleep and reduced blood pressure. Think about whether any of these symptoms seem familiar:

People with sleep apnea frequently deny that they have the condition. Many cases of obstructive sleep apnea (OSA) are diagnosed after a bed partner has noticed nocturnal symptoms. If you live with other people, you may want to find out if they have seen any of these behaviors from you while you were asleep:

One should discuss sleep with their doctor if they have any of these symptoms.