While it’s generally frowned upon to nod off on the job, more and more businesses are seeing the value in allowing employees to take naps during the workday. Nearly 40% of workers report feeling fatigued at work, and 35% of Americans frequently get less than seven hours of sleep per night. According to the data, this is a major issue for firms, as tired employees produce worse quality work and waste over $136 billion in lost productivity every year. Fortunately, naps in the middle of the day have been linked to improved alertness and a host of other performance benefits for workers.

Following the findings of studies on the effects of exhaustion and sleeping, some companies have begun providing nap rooms for their staff. Some corporations, including tech giants like Google and more traditional employers like law firms, have opted to use nap pods rather than a dedicated nap room with soft beds and couches.

What Are Nap Pods?

Nap pods are big pieces of furniture designed to provide the peace and quiet needed to allow employees to catch some Zs during the workday. Timer functions, speakers for playing soothing music, and other features are included in some variants. Both of these basic layouts have been adopted by the vast majority of napping pod manufacturers. The first one looks like a Japanese capsule hotel, complete with private sleeping pods. People can relax on the mattress and pillow provided in these pods. The second design features a big dome that can be pulled down over the user’s head to create a dark, private space. These loungers are less like a bed than a regular recliner, yet they are more comfortable for sleeping due to their zero-gravity construction.

Of course, such high-end craftsmanship won’t come cheap. A single nap pod can cost between $8,000 and $12,000, but most organizations recommend getting a price before purchasing.

Why Is Taking a Nap at Work Beneficial?

It’s easy to assume that someone who is caught napping on the job is being lazy or unproductive. Even if this is true for certain workers as a whole, it is still too broad a statement. Some workers, especially mothers and single parents, often show up to work weary. They rise before dawn to make breakfast, help the children get ready for school, finish last-minute errands around the house, drive the children to school, and then head off to work.

After a long day at the office, they head home to relax, catch up on chores, and then crash. Their reserves will deplete before they can be restored. Work productivity decreases when employees are restless or sleepy. Journal of Occupational and Environmental Medicine reports that 38 percent of US adults suffer from fatigue or sleeplessness. The lack of sleep affects their productivity at work. So, now you know why it’s so important to snooze during the workday.

Each and every part of our body is a well tuned mechanism, and the brain is the master switch. The human brain, like any other mechanism, has its limits in terms of what it can accomplish. Drowsiness and lack of energy contribute to many workplace accidents and mistakes. Napping for 20 to 30 minutes has been shown to increase mental alertness and productivity. Health Hub and the National Sleep Foundation both agree that naps are beneficial since they help with focus, mood, and memory retention.

It’s a proven fact that being sleep deprived hinders work performance. A 2016 study estimated that the annual cost to the US economy of sleep-deprived workers was $411,000,000,000. It has cost you this much time and effort to slack off because of fatigue or sleepiness; it’s time to catch up on some shut-eye. Individuals are better able to focus and have more energy after a brief nap. It’s easier to get more done in less time if you’re not drowsy.

Companies today require unique and creative ideas more than ever as the complexity and sophistication of the marketplace necessitates it. As a result, average or conformist results are no longer acceptable. Overwork and lack of sleep make it harder for the brain to generate new concepts. For a short length of time, lying in an office sleep pod can boost productivity and creativity. 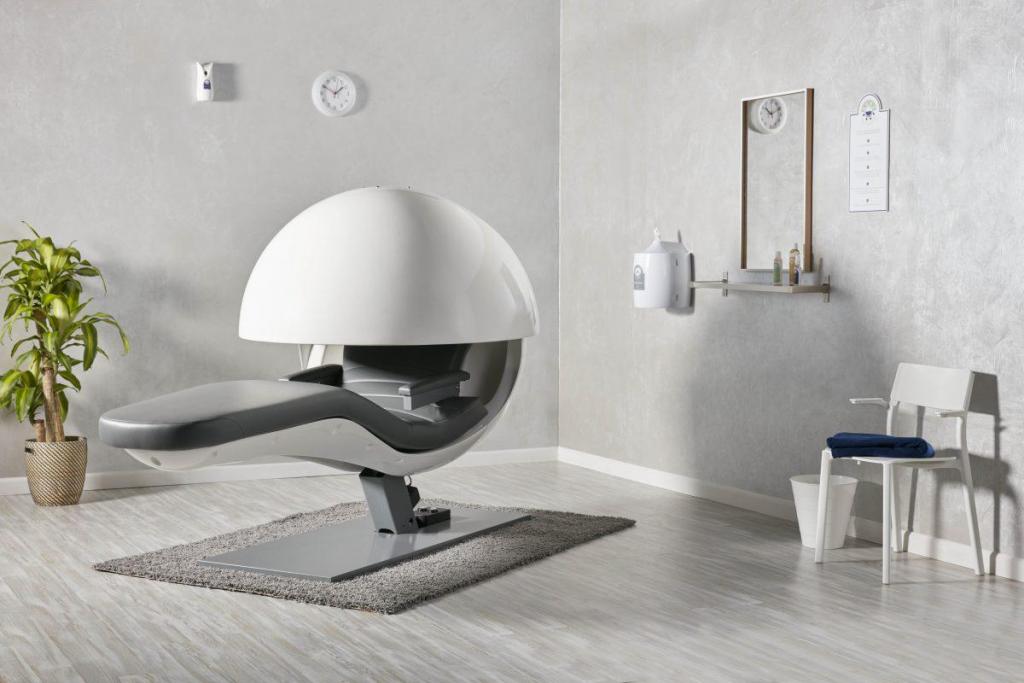 If you think reading a 500-word piece while yawning is hard, try reading it while you’re actually yawning. Understanding it all is much more challenging than reading a complete chapter after a restful night’s sleep. Sleep deprivation alters one’s general impressions. For example, when the sweetness of the coffee or the complexity of a draft review both increase. In order to regain your mental focus, take a short nap.

It’s surprising how often we make choices we can’t defend later. Have you ever pondered the cause of your mental muddle whilst performing someone else’s job? Alternatively: why do you let such insignificant things bother you so much? Studies have shown that fatigue and lack of sleep contribute to poor judgment and short tempers. Therefore, a nap is required.

How Do Nap Pods Work?

Napping in public places, such as the workplace, might be challenging unless you are so tired that you can fall asleep by simply putting your head on your desk. Nap pods include a number of amenities that may facilitate napping for workers:

What Companies Use Nap Pods?

While the expensive price makes nap pods more common at large tech companies, several smaller enterprises do supply them for their staff. Companies as diverse as the National Health Service in the United Kingdom are seeing the benefits of nap pods for its employees.

On Google campuses, EnergyPods can be found in secluded spots. One high-ranking executive reportedly said that, “no office is complete without nap pods,” thus it seems like everyone is happy with the product.

London-based nap pod company Podtime has installed capsule-style nap pods at both the Seattle and London offices of Facebook. A mattress and pillow are provided in each pod to make the experience more like sleeping. Unlike the lounger-style pods, these completely envelop the user.

EnergyPods can be found in Huffington Post nap rooms. Despite some initial skepticism, the corporation claims that staff have fully embraced the notion.

Global technology giant Cisco Systems is also a satisfied Podtime client. Nap pods are available for use at several Cisco sites throughout the world.

Zappos, an online store selling shoes and clothes, features a slumber area. The Las Vegas office of this corporation has massage chairs instead of usual pods, and a large aquarium in the center. Fish and coral live in the aquarium at Zappos, which is 25 feet long and holds 3,500 gallons of saltwater. It extends over the massage tables so that workers can relax while staring at the sky or the water.

The National Health Service (NHS) is the government-run healthcare system in the United Kingdom. The NHS places a premium on rest for medical staff since fatigue is so pervasive in the field and may have such a negative impact on patient care. To combat the high rates of employee fatigue, some NHS hospitals have built nap pods in recent years. Because of their popularity, especially during night shifts, more and more NHS hospitals are installing nap pods.

Do Sleep Pods in the Workplace Really Help?

Do nap pods at work make a difference? The answer is yes. It took some time for the culture of “hard labor” to give way to a more relaxed attitude on napping and resting on the job. Companies like Google and Facebook have seen a significant boost in productivity since implementing nap pods for employees. Forbes published an article discussing the benefits of napping at work and the role that sleep pods play in facilitating this. True ‘power napping’ entails a brief snooze in the office nap pod.

The best morning ritual is a nap. While many workplaces offer complimentary coffee machines or makers, few offer nap pods. This is because we get used to relying on coffee to combat fatigue. A nap is more effective than caffeine in enhancing verbal memory, motor skills, and ongoing learning, suggests a study from 2008. Nap pods are a more cost-effective alternative to coffee machines.

Companies of all sizes have now started to acknowledge the negative effects of sleep deprivation on employees’ abilities and output. It creates a PR problem for the company, and it may even cause health problems for some personnel. When you break it down on an annual basis, the loss is much more than what it would cost to provide staff with designated napping rooms or spaces. Businesses can avoid losses in productivity, absences from work, blunders, accidents, medical expenses, and profits by installing sleep pods in the workplace. Nap pods, in other words, have become very important in the context of enhancing productivity in the office.