As a general phrase for any shift-based job, shift work refers to any work schedule that falls beyond the hours of 7am to 6pm When it comes to shift employment, there are a variety of options, including night, early morning, and rotating hours. Approximately 16% of salaried workers in the United States work shifts, according to the US Bureau of Labor Statistics. The 6 percent who work evening hours and 4 percent who work night shifts are included in this figure.

Certain employees enjoy working at night and prefer a non-traditional schedule, but there are some disadvantages to working shifts. Working night, early morning, or rotating shifts increases the risk of shift work disorder and other sleep disorders.

Which Jobs Normally Include Shift Work?

Evening: This group includes shifts that go from 6 p.m. to 10 p.m. every day. Following are a few examples of jobs that frequently require evening work:

shifts between 11pm and 3am are referred to as “night shifts”. Night shifts are common in the following jobs:

An early morning shift covers the time period from 4 a.m. to 8 a.m. These are some examples of typical jobs that require these kinds of shifts:

Shift work, in general, refers to working outside of usual business hours, either permanently or intermittently. The word “shift work” is used in a variety of ways in the literature. If you’re looking for information on this topic, you need to be aware of this. Varied manuals and books have different meanings of shift work, so it’s easy to become lost. The amount of hours you work, the time of day you work, and the regularity with which you switch between different types of shifts all go into the definition of shift work. The definitions used by different companies and countries may also differ. Shift work is typically defined as working between 1800 and 0600 hours, whereas night shift work is typically characterized as working between 2100-0600 hours. In the eyes of the International Labor Organization (ILO), “night work” is defined as any work done between the hours of midnight and 5 a.m. Night Work Convention, no. 171, 1990 Salary definitions might vary from country to country because of discussions between the government and trade unions; this is why the definitions fluctuate. Shifts are also referred to as day, afternoon, and night in our language. Shift employment can also be divided into the following categories:

For example, an employee may only work night shifts or only work during the day shifts. These kinds of shifts are sometimes referred to as “normal” shifts as well.

One and the same worker can work different shifts at the same time, for example, an afternoon shift one day, a night shift the next, and so forth. These shifts have been dubbed “irregular” by others. Changing shifts, on the other hand, can be governed by a system. In some hospitals, nurses might work rotating shifts such as day, afternoon, night and so on.

From Monday through Sunday, people who work in shifts use this term. Shift work includes weekends, which means that the work doesn’t stop at the office. When discussing this type of job, the term “continuous” is frequently used. For example, if you work the night shift every night for a week and then switch to day shifts for the next week, and so on, you might describe your work schedule as “continuous” in this sense.

Depending on the context, this could suggest that the employee works weekday or weekend shifts. The entire weekend is not included in the price.

The term “swing shift” refers to the practice of alternating between different types of shifts at the same time. It’s a common working arrangement for those who work on offshore platforms, building sites, or mines, where they may be stationed for several weeks at a time. It is possible to work night shifts for a few days and then switch to day shift before going home, or the other way around.

What Is a Rotating Shift?

Rotating shifts have different criteria depending on the company. The following are examples of common rotational schedules:

Shifts that rotate every week or month can be more difficult for employees to manage than shifts that stay the same every week or month. However, the circadian rhythms that govern your sleep-wake cycle can be more easily modified when you shift from day to night to early morning shifts. Circadian rhythms can be disrupted by rotating backwards or in a random sequence. 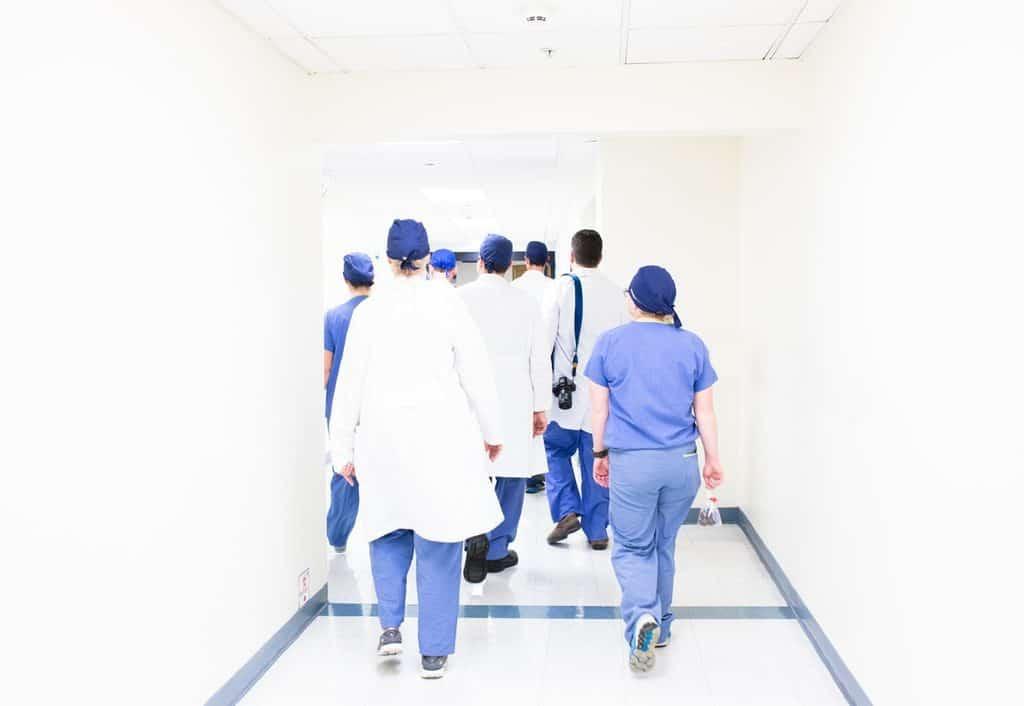 Rotating shifts might be difficult for some workers because they have to change their sleep-wake schedules every one to two weeks. The most challenging part about rotating every five to seven days is for many people to get used to it. To avoid disrupting your circadian rhythm, it is better to rotate more frequently (every two to three days or so) than rotate less frequently (every three days or so).

Pros and Cons of Shift Work

Shift employment has a number of drawbacks, among them:

What industries use shift work?

Shift work is required by a number of companies. Among the most common industries to work shifts in are the following four:

Shifts are a requirement for many law enforcement agencies, including the FBI and the DEA. For the most part, this is because staff are required to perform midnight shifts. Shift employment can be found in a variety of law enforcement positions, including:

The primary functions of police officers include enforcing the law and protecting the public. Arresting suspects, patrolling the neighborhood, and reacting to emergency calls are among the duties of police officers. Police officers must be forceful, effective communicators, and able to work well with people of all ages.

$69,227 per year is the average annual pay in the United States.

Border patrol agents are tasked with keeping an eye on the border and apprehending anyone who crosses unlawfully or tries to carry illegal goods. It’s also their job to acquire information and make arrests when the situation calls for it.

Airline pilots and bus drivers are only two examples of those in the transportation business. Depending on your role, you may be required to work shifts as a transportation worker. Examples of such roles include:

Flight attendants have the primary responsibility of ensuring the safety and well-being of airline passengers. It’s also their job to keep them safe and to enforce safety rules while they’re in the air. Flight attendants need to be alert and well-versed in the language of travel.

The primary responsibilities of a truck driver include the long-distance transportation of products and cargo. In addition to loading and unloading goods, refueling the truck, and reporting any events on the road, drivers are also expected to report any problems or occurrences they encounter. To be a skilled truck driver, you need to be able to communicate clearly and physically lift heavy objects.

It’s well-known that shift work is required in tactical professions like the military. One reason for this, like in law enforcement, is that the military requires people to work midnight hours. Shift labor can be found in the following two occupations:

An infantryman’s primary role is to engage in combat during enemy attacks. They’re tasked with defending the nation, as do all military personnel. Soldiers in the infantry must be physically fit and able to deal with stress.

Weapon systems and combat engagement are the primary responsibilities of Cannon crew members. As well as operating and setting fuses on various bombs, they also operate howitzer cannons. They must have a well-thought-out battle plan, be able to function as part of a group, and be physically strong.

Shift employment is required in the healthcare business because of the high number of patients who need to be cared for when they are in a hospital overnight or for an extended period of time. Shift employment can be found in a variety of healthcare occupations, including:

Hourly wage: $33.87 on average across the country

The primary responsibilities of a registered nurse are the keeping of patient records, the supervision of patients, and the administration of prescribed drugs and treatments to those patients. They help medical professionals treat a wide range of patients. As a registered nurse, you’re expected to have excellent interpersonal skills, pay attention to your patients’ needs, and show empathy.

Physicians are accountable for the medical treatment of their patients, despite the fact that there are many different kinds of doctors. They do diagnostic tests, examine medical records, and come to a diagnosis and treatment plan for their patients. Patients may be asked to return for an additional examination at a later date if necessary. Doctors must be problem solvers, observant, and able to effectively communicate with their patients.

It is your responsibility to ensure the health, safety, and well-being of all your employees under the 1974 Health and Safety at Work etc Act.

To accomplish this, you must give sufficient resources.

The management of Health and Safety at Work Regulations 1999

Management of Health and Safety at Work Regulations (1999) mandates that companies analyze and manage hazards to their employees and the general public that may arise from their work activities. It is the responsibility of every employee to follow their training and instructions in order to ensure that the workplace is safe.

Minimum legal standards for arranging working hours are laid down in the WTR (Working Time Regulations 1998, as modified).

How many people work shifts?

Though the exact number of employees who work shifts is unknown, we do know it is a sizable one. Between 8 and 16 hours a day, just 25% of European Union workers have what we call a “normal” working day, meaning that 75% of the workforce works shifts. There is a dearth of information regarding night shifts outside of the European Union. 25.2 percent of Japan’s workforce works night shifts, according to reports. A substantially larger percentage of Korean night shift employees (44 percent) has been documented (2002). Night shift workers and other shift workers in emerging nations are still unknown. There are several industries where shift work is common, such as those in the smelting industry and hospitals, where work must be done at night since the process in the firm cannot be halted (e.g. a night watchman). Large cities’ night-open gas stations, cafeterias, and stores appear to be increasing the number of people working the night shift.

In order to adjust to your new routine if you’re new to working shifts, you need keep a few things in mind. In order to effectively manage your work schedule, consider the following suggestions: