Many people have thought of skipping a night’s sleep in order to meet an essential deadline, whether it was for a school project, a test, or a business presentation. Pulling an all-nighter is the most extreme form of this commitment, which means going without sleep for a whole night.

An all-nighter may seem beneficial at first glance because it gives you more time to work or study. Staying up all night, on the other hand, is detrimental to one’s mental, emotional, and physical well-being. Pulling an all-nighter rarely pays off because of these impacts on the following day’s performance.

How Much Sleep Do Humans Need?

It’s possible for a person’s sleep requirements to fluctuate during their lifespan, according to a clinical assistant professor at Stanford University.

In accordance with the National Sleep Foundation’s recommendations, below are some tips:

Despite this, Goldstein-Piekarski warns that “there isn’t just one solution that works for everybody.” Individuals may have varying sleep requirements based on their health and other factors, so the preceding guidelines are just a starting point. 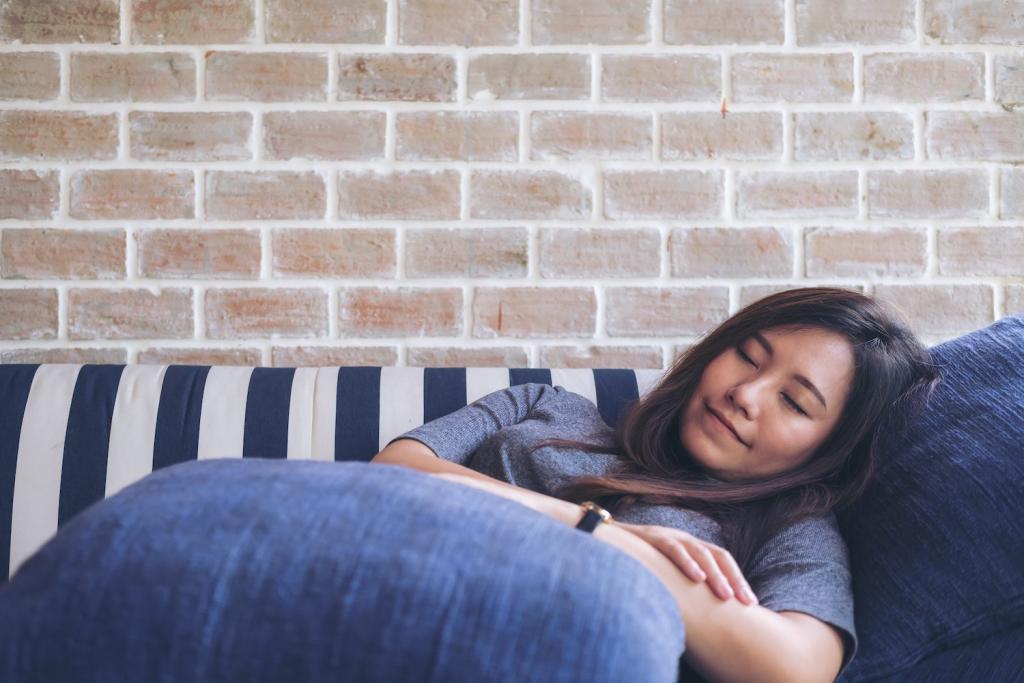 What Is an All-Nighter?

An all-nighter is a type of sleep deprivation in which you stay awake all night instead of going to bed at your usual time. It is referred to as “complete sleep deprivation” when a prolonged period of time is spent with little or no sleep.

If you get up at 8 a.m. and then stay up all night, you’ll have experienced 24 hours of total sleep deprivation by 8 a.m. the following morning. Until you fall asleep, this clock will keep ticking.

Sleep deprivation due to insomnia, which happens when a person is unable to sleep despite the fact that they have the potential to do so, is more commonly associated with an all-nighter, which is not a technical term.

All-nighters, on the other hand, are viewed as a deliberate choice to go without sleep. They are frequently related to school or employment deadlines. All-nighters may be necessary for those who work night shifts and have other commitments during the afternoon. If you’re up all night reading, watching TV, playing video games, or hanging out with pals, it’s possible that you’re doing it out of boredom.

Can Humans Survive On No Sleep?

A postdoctoral fellow in the Center for Human Sleep Science at the University of California, Berkeley, Eti Ben Simon, tells Inverse sleep is as critical to survival as food.

“Animals die after 15 days if you deprive them food or sleep,” Simon explains.

For safety reasons, researchers aren’t allowed to keep participants up for more than two days in sleep deprivation trials, she explains.

The reasons behind this are soon apparent.

“Illusions and hallucinations begin to surface after around three days of little sleep,” Simon explains. At this point, people are suspicious of their hallucinations and suspect something is amiss with their well-being and well-being.

If sleep deprivation continues for five or six days, however, Simon claims that people will stop believing in miracles. Symptoms of psychosis begin to arise as a result of their belief in what they perceive.

The state of being sane is “fragile,” she says.

How Does an All-Nighter Affect You?

All-nighters have a wide range of undesirable consequences, some of which are life-threatening. Insufficient sleep can have a negative impact on your mental health, emotional state, and physical health, which is why it is so important to get enough sleep.

There is an instant influence on several forms of thinking and brain function when one goes without sleep. The ability to pay attention and concentrate is negatively impacted by sleep deprivation. Emotional intelligence and our ability to understand and interact with others around us are both hampered by anxiety, which makes it difficult to react quickly and think creatively. A person’s ability to follow a set of instructions or complete a sequence of tasks is harmed by a lack of sleep. It also hinders the ability to think creatively and come up with new solutions to problems.

Memory is also hampered by a sleepless night. A temporary memory bank that we use for short-term purposes gets depleted as a result. A lack of sleep can lead to an increased chance of developing false memories, which can hinder long-term recall of critical information, even if the person is getting adequate sleep again. 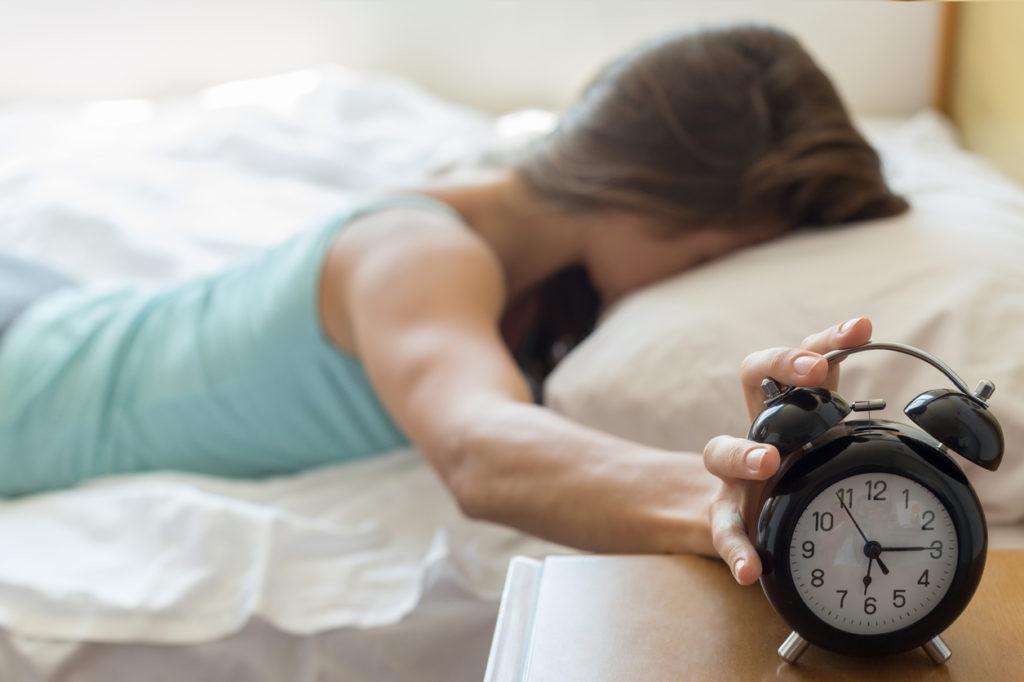 Pulling an all-nighter causes the same level of impairment as being intoxicated, according to a number of studies. A person’s mental function degrades to the level of someone with a blood alcohol concentration (BAC) of 0.10 percent after only 24 hours of sleep deprivation, according to the study’s authors (0.08 percent ).

Daytime sleepiness is a common side effect of extreme sleep deprivation. Because the brain and body are accustomed to a period of rest, it’s normal to experience periods of sleepiness when this rest period is omitted. It’s possible to have microsleeps, which are short lapses of sleep lasting less than a minute.

The constant fight to stay awake after a night of sleep deprivation generates more mental irregularity, and the increased effort to stay awake may detract focus from the activities at hand.

People who are sleep deprived are prone to making a wide range of faults and blunders. Drowsy driving raises the likelihood of accidents, including possibly fatal ones. Doctors, nurses, pilots, and others who operate heavy machinery face particular dangers in the event of an accident at work.

As well as disrupting one’s ability to think clearly, an all-nighter can lead to a variety of mood issues. A lack of sleep has been linked to an increase in the stress hormone cortisol. Sleep deprivation has been related to anxiety, which can have a negative effect on mood and behavior.

After one night of sleep deprivation, many other aspects of emotional mood deteriorate. There is a greater likelihood of irritation, depression, and exhaustion following an all-nighter.

Sleep deprivation has a negative impact on physical well-being. When the body’s muscles and organs don’t have time to recuperate during sleep, fatigue and low energy levels are more common.
After a night of total sleep deprivation, endurance athletes’ performance was found to be significantly reduced. They also overestimated their perceived exertion due to a lack of sleep, which reflected the impact of an all-nighter on energy and strength.

An extra night of sleep deprivation raises pain sensitivity, which might cause an acute pain episode or worsen an existing one.

Sleep deprivation has a detrimental effect on nearly everyone, although not everyone experiences it in the same way or to the same amount.

Adults have been proven to be more able to handle the cognitive repercussions of an all-nighter than adolescents and young adults. Women appear to be better able to cope with sleeplessness than males, but may take longer to return to their usual sleep patterns.

Studies have shown that the severity of the effects of sleep deprivation may be influenced by a person’s heredity, suggesting that genetics may play a role.

It is possible that a person’s normal sleep patterns could influence how they respond to an all-nighter. It’s possible that the consequences will be more pronounced in people who don’t get enough sleep on a regular basis than in those who do. In contrast, even those who get more sleep in the days leading up to an all-nighter still show symptoms of cognitive deficiencies.

How Does an All-Nighter Affect Your Sleep Patterns?

It is even more dangerous if an all-nighter sets the stage for poor sleep habits. Having a regular sleep pattern helps you get a good night’s rest and improves your sleep hygiene, according to experts. An all-nighter, on the other hand, is a drastic deviation from your normal routine and is therefore not recommended.

Having trouble sleeping after one late night isn’t a guarantee, of course. Most people have a strong desire to return back to sleeping normally after one night of sleep deprivation, which typically permits them to get back to their previous sleep pattern.

Is It Ever a Good Idea To Pull an All-Nighter?

Pulling an all-nighter has immediate negative impacts on your mental and physical health. Staying up all night is never a good thing and should be avoided at all costs.

When an all-nighter sounds like a good idea, such as giving you more time to study or work, it is still a horrible choice. If you’re suffering from sleep deprivation, those extra hours aren’t going to do much good. In some cases, they may even be harmful if they cause mistakes or misleading recollections. Because sleep deprivation makes people less aware of their cognitive weaknesses, they are more likely to make mistakes.

Anyone who needs to drive, make critical choices, or operate heavy machinery during the day is especially concerned about the dangers of an all-nighter. Pulling an all-nighter has the potential for serious consequences, including drowsiness, microsleeps, diminished concentration, slower reaction time, and slowed thinking during the day. 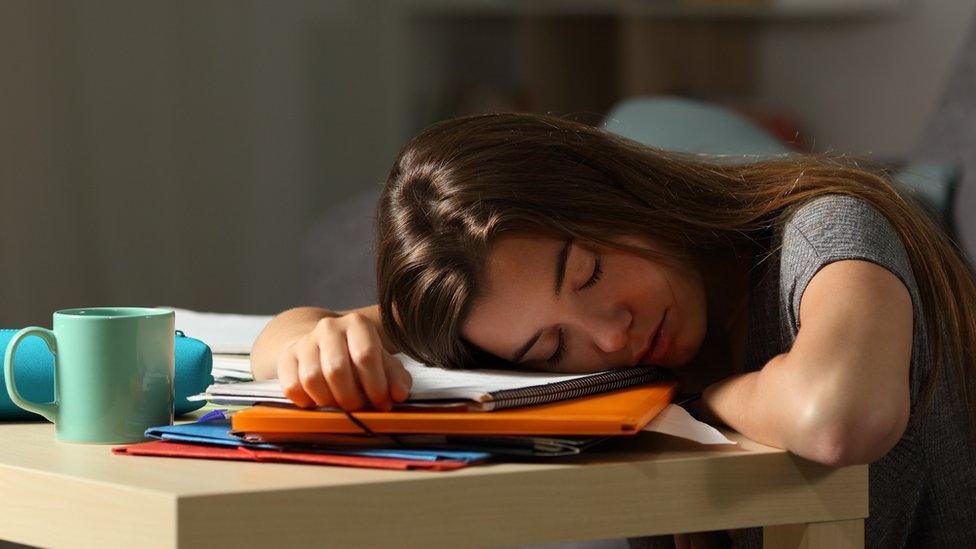 Tips for Surviving an All-Nighter

A circumstance may arise where there is no other choice but to work an all-nighter even though you know that you should not do so. When you’re working an all-nighter, these methods will help you stay alert.

After surviving an all-nighter, the next difficulty is figuring out how to get back on your feet.

As soon as you’ve recovered from an all-nighter, it’s time to think about what you can do to prevent yourself from doing it again.