College students throughout the country are taking their final exams to close off the school year. Finals week is characterized by high levels of stress, poor eating, and bad sleep patterns. Although sleep deprivation is common among college students, exam stress and anxiety may cause students to pull “all-nighters,” or go without sleep, in order to prepare for tests.

All-nighters, it turns out, can actually harm your academic performance. Better sleep, it turns out, maybe the key to higher test scores. This is easier said than done, as we know full well. You can help yourself get a better night’s sleep by following this study strategy for finals week. There’s no need to study for this test ahead of time.

How Much Sleep Do College Students Need?

Sleeping seven to nine hours a night is recommended for adults in order to feel rested. Teenagers need an extra eight to ten hours of sleep per night.

Our internal body clock, or circadian rhythms, dictates our natural sleep cycle. We go through a circadian shift in adolescence, which causes our bodies to naturally tire later.

As a result of this circadian shift, school starts earlier in adolescence. Throughout high school and into college, many have a difficult time waking up at the time their bodies want. This shift in sleep schedule can have detrimental impacts on mood and concentration, as well as increased feelings of despair, even if students obtain a full night’s sleep.

How Much Sleep Do College Students Get?

During final examinations, if school and sleep don’t get along, things grow even worse. Students spend an average of 6.36 hours a night sleeping during finals week. More than 90% of people do not get the recommended amount of sleep each night. Most architecture students reported pulling at least three all-nighters a month in a study of their habits. 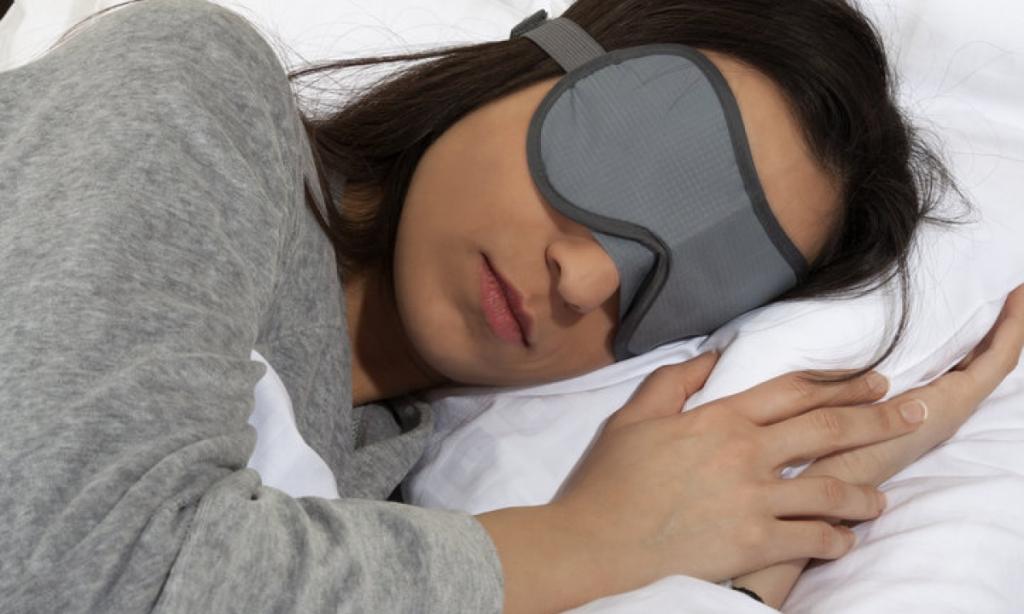 Students not only sleep less during finals week, but they also participate in poorer sleep practices, resulting in a decreased quality of sleep. Students are more inclined to consume caffeine and other stimulants during finals because they are under a lot of stress. While using computers, smartphones, and other electronic devices, they are exposed to strong light for a longer period of time. The blue light emitted by these gadgets, which your brain interprets as sunshine, keeps you awake by interfering with your natural circadian rhythms, keeping you up all night.

If college students’ sleep patterns weren’t so crucial to their overall well-being, it wouldn’t be such a big deal. “Sleep deprivation” is when you don’t get the amount of sleep you need. Depriving yourself of sleep might have negative consequences.

A lack of sleep, whether short or long-term, is referred to as “sleep deprivation.”

Sleep deprivation causes us to suffer symptoms such as:

Memory, creativity, and logical reasoning are all affected by a lack of sleep. A lack of sleep affects your ability to do well on a final test in a variety of ways. Students who don’t get enough sleep have a harder time paying attention and remembering new material.

A lack of sleep is more than just the result of pulling an all-nighter. Consistently limiting your sleep duration can cause it to develop over time. As with an all-nighter, missing one hour of sleep per night for a week has the same effect on your cognitive abilities. Most students are sleep-deprived during finals because they get only six hours of sleep.

Are You Aware? Both drinking and staying up all night have a negative impact on one’s ability to think clearly. The effects of pulling an all-nighter are the same as those of a 0.05 percent BAC.

Is a good night’s sleep the key to doing well on your final exams? It might very well be. Students’ grades, recollection, moods, and health all improve when they get enough sleep.

Many students believe that staying up late studying will help them do better on their examinations, so they choose to cram instead of getting enough sleep. However, this is not supported by the evidence. Study participants were given bonus credit if they were able to sleep at least eight hours per night for five consecutive nights. A mere 9% and 14% of pupils who were not a part of the incentive program reported sleeping for at least eight hours. There were 59 and 86 percent increases in such percentages when students signed up for the program.

Students who were given financial incentives slept an extra 1.5 hours each night on average, compared to students who were not part of the program. Best of all, kids who had slept better than their sleep-deprived counterparts did just as well on the test. Students who slept for at least eight hours per night outperformed those who did not in a different experiment.

What can we learn from this study? Sleep deprivation will not help you study more effectively. The more sleep you get during finals week, the higher your grades are likely to be.

To Cram or to Sleep?

Other research, on the other hand, suggests that getting a good night’s rest the night before your exam is not sufficient. You must sleep soundly for at least a week prior to your exam in order to reap the full benefits of a good night’s rest. Test scores were unaffected by the prior night’s sleep in a single trial.

However, researchers found that students who slept longer and had higher sleep quality in the week and month coming up to an exam were more likely to obtain good grades. According to their findings, a good night’s sleep accounted for as much as a 25% improvement in academic performance.

You need to know how sleep works to understand why it can improve your grades.. During the course of a night’s sleep, the human brain goes through numerous stages of sleep, from light to deep to rapid eye movement (REM). With each cycle, we spend less time in the lighter stages of sleep and more time in the more deep REM sleep stages of the brain.

Your REM sleep is reduced when you shorten your sleep period. In REM sleep, the most dreaming occurs, and our brains assimilate new information and store it in our long-term memory during this time. A good night’s REM sleep is essential to our cognitive abilities. When it comes to studying for finals, students who aren’t getting enough sleep are particularly vulnerable to sleep deprivation, especially REM sleep. 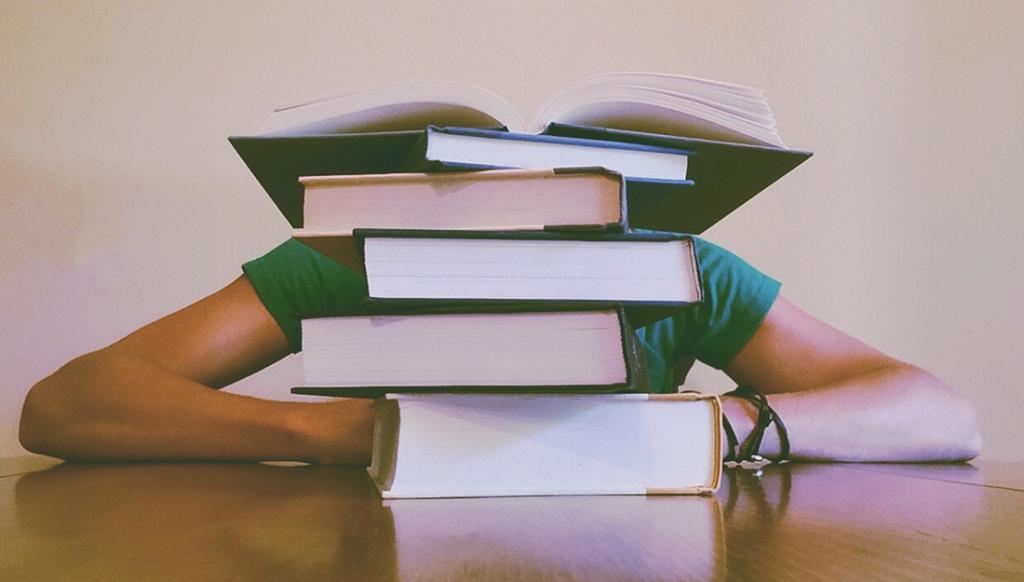 During finals week, college students may have more on their minds than anyone else. However, you should make every effort to get a better night’s sleep while this is going on.

Use Your Naps as a Study Break

Those who take more naps tend to get better grades. It is beneficial to take a nap shortly after you’ve learned anything in order to strengthen your long-term memory. Vocabulary retention can improve by 11% in as little as six minutes of sleep. Napping has been shown to be even more beneficial than cramming when it comes to remembering new information.

However, there is a fine line between getting just the right amount of sleep and oversleeping. Naps should be short, lasting no longer than 30 minutes at most, and should be finished before the end of the day. If you don’t, you may have a hard time getting to sleep that night.

Every day, go to bed and rise at the same hour (including weekends). GPAs have been connected to irregular sleep cycles, while consistent sleep has been associated with better academic achievement.

Make Your Sleep Environment as Cool, Dark, and Quiet as Possible

Sharing a room and not being able to adjust the thermostat makes it difficult to get a good night’s sleep. 4/10 students are awakened by noise from their roommate or the dorm. Eye masks and earplugs are your best friends if you’re in that circumstance. Spotify has a white noise playlist that you may listen to while you go to sleep.

When your body is at ease, it’s much easier to get a good night’s sleep. Get a mattress topper if you can feel the springs in your dorm mattress. These are low-cost means of enhancing your level of comfort. Additionally, weighted blankets may assist alleviate some people’s anxieties.

Say Goodnight to Your Phone

Because of the blue light they create, electronics tempt you into staying up later than you should. At least 30 to 60 minutes before going to sleep, turn off your phone and avoid using it. Relax by reading or listening to soothing music.

Regular exercise, even if it’s simply a brisk walk about campus, has regularly been demonstrated to improve sleep quality. Preserve your time by working out outside as soon as you wake up on finals days. You’ll feel more energized, and your circadian cycles will be better aligned, as a result of this. 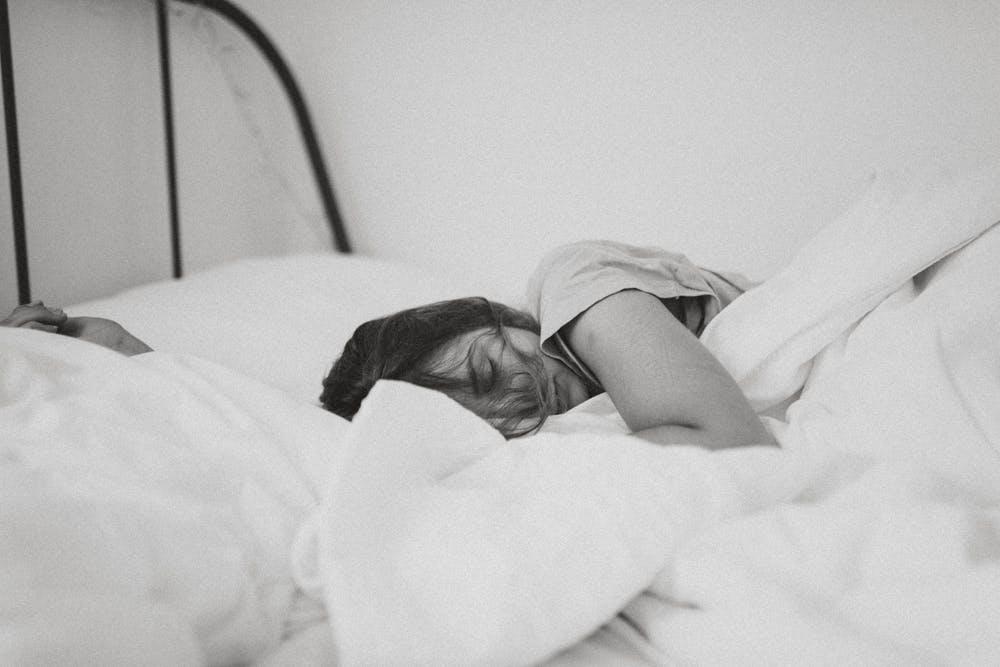 Be Careful With Caffeine and Alcohol

It’s understandable to grab energy drinks, coffee, and snacks when you need a lift during finals. These, unfortunately, are likely to worsen your sleep.

During finals, be careful with your caffeine intake. Stop at least eight hours before going to bed if you exceed the daily limit of 400 mg. Coffee has been shown to disturb sleep even when consumed six hours before bedtime, according to research. Poor sleep is a side effect of drugs like nicotine and alcohol. Keep your energy levels and emotions stable by eating your favorite healthful foods.

During finals week, if you can, try to get as much sleep as possible. If you do this, your grades will appreciate it!