Using social media has skyrocketed in the last decade, and it’s having a significant impact on our ability to get a good night’s sleep. As a result of this investigation, we’re going to take a closer look at how social media impacts sleep. We’ll take care of everything:

How many of us have admitted to using Facebook, Instagram, or Twitter before going to bed? The practice of sleeping with a cell phone in our bedroom has become the norm for many people, both young and old.

Pre-sleep activities such as checking social media have become increasingly popular, according to recent studies and polls. Even while it may be comfortable to read the news while lying in bed, this constant connectivity can have a big negative impact on our ability to fall asleep.

The rise of social media

In addition, the amount of time spent on social media has skyrocketed: from 90 minutes per day in 2012 to almost two and a half hours per day presently, among those aged 16 to 64. One-sixth of our waking hours are spent in this way!

However, what happens if you continue to remain connected even after you’ve gone to bed? When it comes to your sleep, how does social media impact you? Learn how your nightly social media habits could be keeping you awake at night. 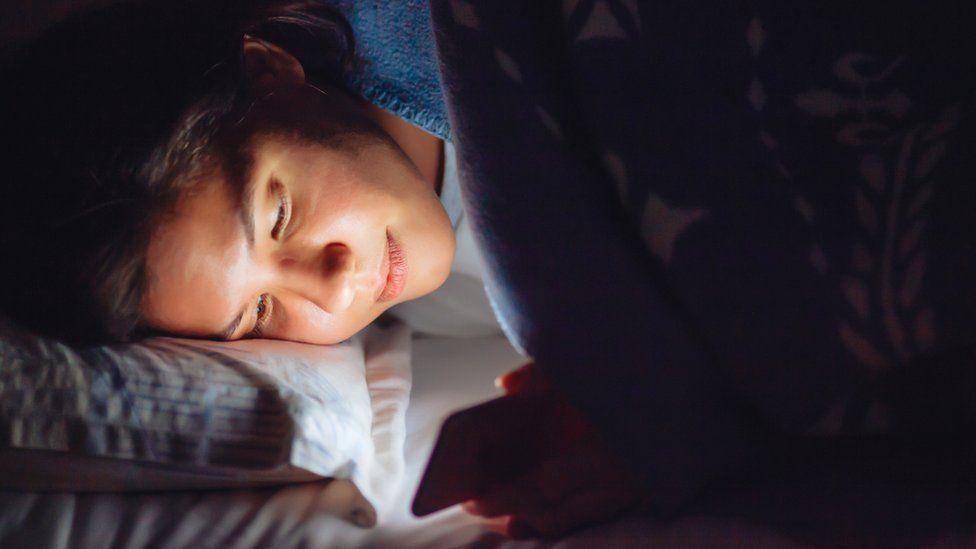 Mobiles and melatonin: how looking at your phone can affect your sleep

Phone screens have long been known to interfere with sleep. The majority of the light emitted by mobile devices is blue, and this color spectrum helps us stay alert and productive during the day.

However, at night, this isn’t the best solution. If you take it to the most basic level, light tells our bodies that we should still be awake and not yet be in bed. This is why glancing at the bright light from a phone immediately before bed is a bad idea.

At night, our brains begin to create melatonin, which causes our alertness to decline as the number of daylight decreases. When we hear it, our bodies know it’s time to relax and get ready for bed.

More than any other wavelength, the blue light emitted by mobile phones disrupts your melatonin levels. melatonin production is reduced and sleep is delayed as a result of this. 5

We are in a state of ‘cognitive arousal,’ where we are awake and alert because melatonin isn’t telling us we’re tired.

Cognitive arousal: getting wound up when you should be winding down!

During the night, your brain is preparing for sleep, but if you’re using social media, you’re supplying your brain and body with constant stimulus, which tells them to stay awake and engaged.

Social media isn’t solely responsible for keeping you awake, but the type of stuff you’re viewing has a significant impact.

The impact has on you emotionally, socially, and cognitively all play a role in determining how it impacts your sleep.

Before going to sleep, it’s better to skim through a newsfeed rather than get embroiled in a heated Twitter dispute.

This is a question of how much involvement the encounter requires. It’s possible to relax while looking at photographs. Global politics debates will necessitate more active participation.

To summarize, if you must use social media before going to bed, stay away from areas that will keep you awake and need a lot of your attention.

We all know the feeling of checking our social media accounts before bed, only to find ourselves sucked into an endless stream of amusing videos, images, and witty comments. In a matter of minutes, a whole day has passed.

In the end, it takes longer to fall asleep, the quality of your slumber suffers and you wake up feeling tired.

Your bedtime has been shifted and you’ve also lost valuable sleep time, so your sleep duration is likely to be reduced as a result of these circumstances. Disruption of sleep due to social media use is well-known among teenagers, and new research shows that this effect extends to adults as well.

This is an especially poor combination for those who are still in school and have early start hours. As a result, people are often forced to get up later, which has a negative impact on their day-to-day productivity.

Fear of missing out (FOMO)

According to 2012 research, young people use social media sites like Facebook and Twitter for 54% of their online time. As a result of social pressure and the fear of missing out (FOMO), teenagers are more likely to use social media at night. Is it any wonder that everyone else is online? If not, why are you?

Research is beginning to indicate that FOMO is not just a problem for youngsters.

You can lose sleep wondering about what you’re missing and what other people think of you because you’re not available, which can make FOMO seem like a no-win situation. You log off, but you feel bad because you’re not responding instantly to notifications.

You’re setting yourself up for worry, poor focus, and an increased risk of depression if you don’t get enough sleep when you’re on the internet.

We need to get away from the idea that you have to be available 24 hours a day, seven days a week. Taking a break or logging out is completely OK. There is only one conclusion to be drawn: we all require sleep.

If you don’t get enough sleep, you’re jeopardizing your own health. If we’re going to put our health at risk in order to keep up with social media, it’s ridiculous that we’d put ourselves at risk.

If you’re having trouble unplugging and getting a decent night’s sleep because of it, the folks at Sleepstation can help you out. 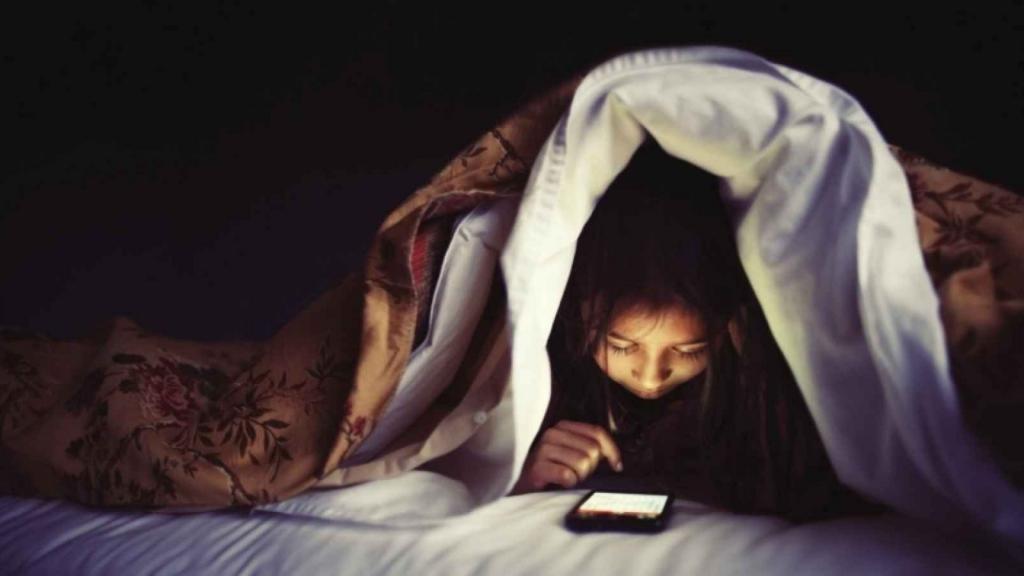 Disturbed sleep: alerted by all those alerts

Even if you do ultimately drift off to sleep, social media’s grip on your mind will remain. Notifications, alerts, messages, and other forms of messaging…

For many of us, leaving our phones on vibrating or unmuted as we try to appear always available and connected is a method to further compromise our ability to get a good night’s sleep.

As a result, we tend to stay awake thinking about and anticipating more beeps and pings, which disrupts our sleep cycle.

Turning your phone off, putting it on airplane mode, or keeping it on mute is the easiest method to avoid this. In a perfect world, you’d never have it in the room with you at night, but if that’s not an option, at least move it as far away as you can from where you sleep.

The chicken and the egg: insomnia and social media

You can’t sleep in the middle of the night, so you grab your phone and check your social media accounts.

It’s a simple way to distract yourself from the problem that’s keeping you up, but you soon realize that you can’t stop scrolling, and you’re no longer able to sleep as a result. This is a never-ending circle.

Now that this issue is being investigated in greater depth, it’s possible that some people’s nighttime social media use is helping them cope with insomnia rather than creating it.

Positive steps you can take

Social media offers a lot of advantages; it brings people together, educates us, and entertains us. Social media and sleep, on the other hand, do not get along.

We must be aware of how frequently and at what times we communicate. The use of social media at night can have a negative impact on your sleep.

Disconnecting from social media and getting a better night’s sleep can be achieved by limiting your time spent on it.

If possible, try to stop using your phone for at least 30 minutes before going to sleep.

Instead of using your phone, take some time away from it to help you wind down for the night. Listen to music, read a book, or take a bath to de-stress. Try something that doesn’t involve looking at a screen to help you relax.

Keep your phone out of your bedroom at night, if at all feasible! Purchase a low-cost alarm clock and leave your phone charged in a different room. If you want to get a good night’s sleep, you need to establish an ideal bedroom environment that is free of distractions and a haven for relaxation.

Our team at Sleepstation is here to help if you’re concerned about your sleep habits as a result of your use of social media. We can work with you to find out what’s causing your sleep problems and help you develop better routines for getting to sleep and staying asleep at night.

Does Social Media Have an Effect on Sleep?

Electronic devices can keep us awake at night because the light from digital screens has a stimulating influence on our circadian rhythms, disrupting sleep.

Despite the fact that all light can disrupt our circadian rhythms, the 24-hour internal rhythms that regulate things like our sleep-wake cycle, the blue light released from electronic devices have the largest impact on sleep. In the evening, when we should be shutting down, blue light stimulates regions of the brain that make us feel alert.

Because many people check their phones in the middle of the night, blue light exposure may have a greater influence on their health. Almost a quarter of individuals admit to waking up in the night to check their phones, which puts them at an even greater risk of insomnia and other sleep disorders.

Before going to bed, it’s hard to resist the urge to check your social media accounts. Nearly one-fifth of those polled—hospital personnel and university students—report that they use social media after they go to bed, and nearly a quarter of them say they do so for an hour or more every night.

Fear of Missing Out

Young people’s habit of constantly checking their phones is backed up by research. Over half of teens say they are online “nearly continuously,” which is not surprising given that 95% of them have smartphones.

For today’s youth, social media can be both a blessing and a curse. Adolescents can express their views and feelings and obtain social support on the one hand. A growing body of evidence suggests that adolescents who spend a lot of time on social media are more likely to suffer from mental health issues such as sadness and anxiety.

Although there are numerous possible correlations between social media and mental health difficulties in young people, a recent study suggests that social media’s effect on sleep habits is most significant. More time spent on screen-based activities such as social networking, web surfing, watching TV, and gaming resulted in adolescents having difficulty going asleep and getting less sleep at night, according to this research. Insomnia and depression were found to be exacerbated as a result of these sleep problems. 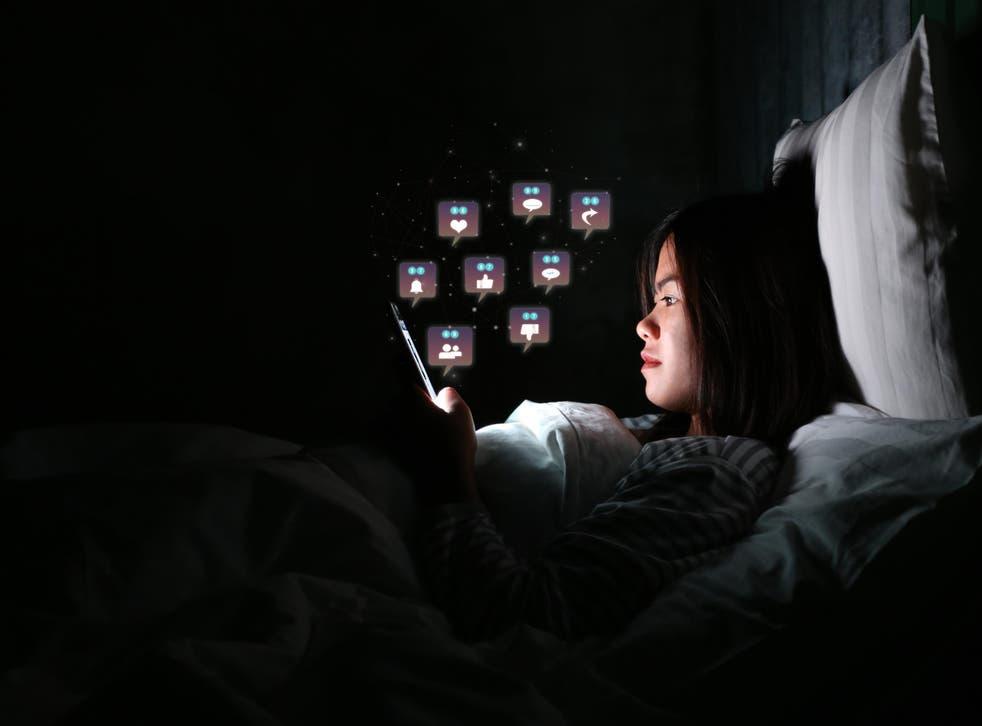 In order to maintain proper sleep hygiene, one should avoid checking social media too close to bedtime and instead focus on activities that help one sleep better. As a result of the ease with which social media may be accessed, it’s vital to take deliberate steps to develop positive social media habits.

Here are some strategies for ensuring that social media does not interfere with your ability to obtain a good night’s sleep.