Skip to content
After a sleepless night, facing the day can feel like an insurmountable challenge. You can be feeling tired, achy, and even have a headache.According to the American Sleep Association, only 35% of Americans obtain the recommended amount of sleep each night.

The most common sense solution to these issues is to sleep more. There are, however, a few quick fixes that will enable you to maintain daytime alertness. If you had a sleepless night, here are 12 ways to get your energy back.

1. Get up when your alarm goes off.

When interviewed by INSIDER, neurologist and author of “The Sleep Solution” Dr. Chris Winter recommended that readers “attempt to preserve that continuous wake-up time” rather than “sleeping in” or taking a day off work and sleeping until noon, both of which “may cause more troubles than they solve.”

According to Winter’s interview with INSIDER, he can’t get through the day without his morning coffee. 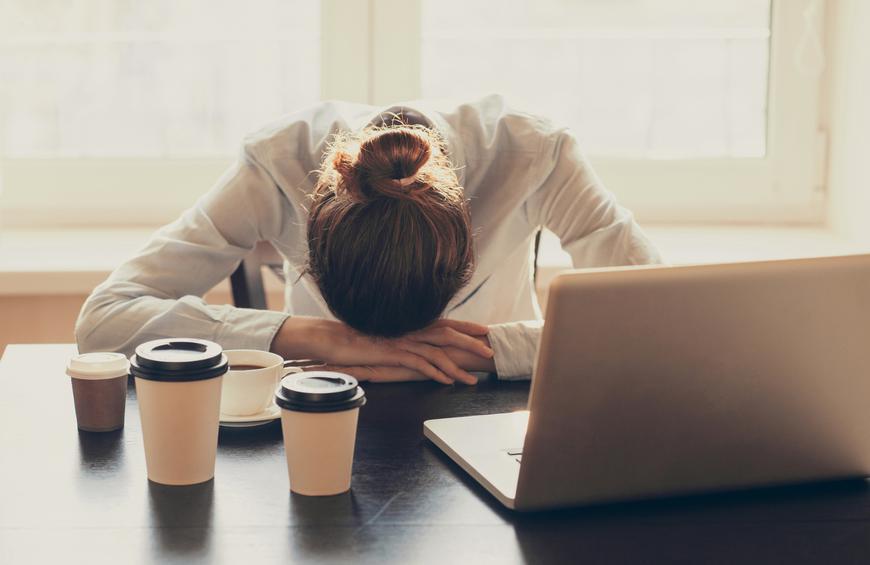 However, Winter claims that sleep deprivation is not an excuse to consume large amounts of caffeine, as doing so can interfere with your circadian cycles.

According to Dr. Michael Grandner, head of the Sleep and Health Research Program at the University of Arizona’s College of Medicine, strong light is one of the greatest ways to wake yourself up since it sends your body a “daytime” signal.

To put it another way, “it will help shake off the sleep inertia,” as Grandner told INSIDER.

Winter agreed and proposed to increase one’s stamina by eating one’s lunch outside or going for a short stroll at midday.

Exercising has been shown to improve mental and physical alertness. Even in the near term, research shows that exercise offers significant advantages. Brain exercise can enhance learning, memory, and focus.

Getting your workout in while enjoying the outdoors could have several advantages. Exposure to sunlight has been shown to improve alertness. Sunlight exposure triggers our circadian rhythms, or internal 24-hour clock, to tell us it’s time to wake up. If you’ve had a sleepless night, getting some vitamin D from the sun may help you get through the day.

Registered dietitian and nutritionist Molly Morgan told INSIDER that despite how exhausted they may be, exercise improves their mood, energy, and sleep quality.

Winter chimed in that if you’re too wiped out to get in a complete workout at the gym, a brisk walk may help reawaken your muscles.

According to registered dietitian-nutritionist Lauren Manganiello, who spoke with INSIDER, “eating small frequent meals will maintain your blood sugar levels consistent throughout the day.” Having too much time pass in between meals can cause a drop in blood sugar, which in turn can lead to weariness and, in turn, overeating. 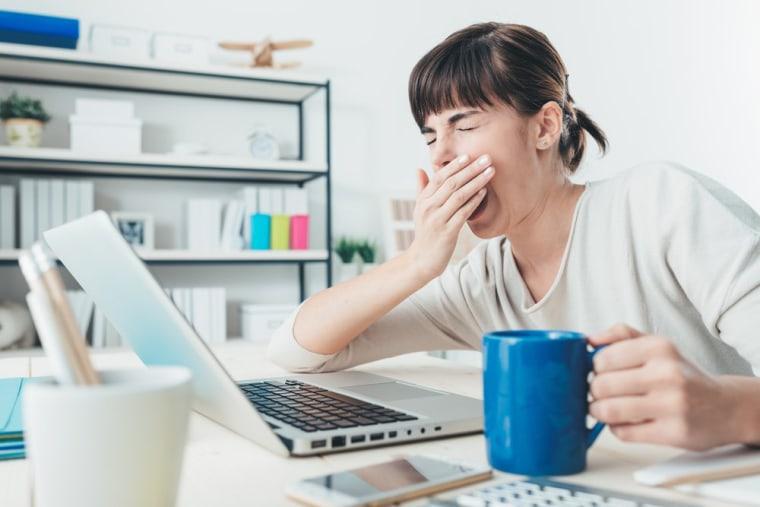 Jessica Cording, a registered dietitian and nutritionist, concurs, recommending the consumption of five or six smaller meals each day rather than three larger ones. She told INSIDER that eating at regular intervals throughout the day provides more steady energy in fewer bursts.

If you don’t get enough sleep for just one night, it can alter your perceptions of food and the decisions you make about what to eat the next day. Insomnia and obesity are likely linked because sleep deprivation alters brain function in a way that makes us feel more satisfied by less healthful food and leads to increased calorie consumption.

Consuming sugary foods may provide a short-term boost of energy, but they are often associated with fatigue in the hours that follow. However, several nutritious foods have been shown to mitigate the effects of chronic weariness. They consist of foods like fish, seafood, nuts, and seeds that are rich in omega-3 fatty acids, along with whole grains, vegetables, and fruits.

If you’ve been up all night but still need to get to work or school the next day, eating foods high in the amino acid tyrosine may help you function better. Tyrosine is found in abundance in foods like eggs, beef, tofu, milk, and whole grains.

Cording advised INSIDER readers to “avoid particularly high-carb meals.” Energy levels drop once you “burn through those carbs quite quickly.”

She suggested eating lean protein and good fats at every meal rather than junk food like pizza. Cording remarked, “Those things are going to satisfy you, but they’ll also help you feel full for longer by slowing down how rapidly you digest a meal.”

Even a short nap of 20 to 30 minutes can boost cognitive function for the remainder of the day, Grandner told INSIDER. If you nap in the early afternoon, this will be especially true for you.

Winter elaborated by saying that naps should be brief and taken early in the day to avoid disrupting nighttime sleep.

As Cording said to INSIDER, “your cells are particularly thirsty when you’re sleep deprived, because they’re working extra hard to take care of you, and they need that extra water.”

The Mayo Clinic says that being dehydrated compounds the tired feeling.

“When we’re sleep deprived, our appetite hormones leptin and ghrelin are way out of whack,” Cording explained to INSIDER. When we’re exhausted, our awareness of hunger increases while our awareness of fullness decreases, leading to a perpetual state of hunger.

According to an article published in Men’s Journal, these hormones have been shown to boost hunger for sweet and starchy foods.

According to The Daily Meal, high-sugar foods have the same effect on blood sugar and can cause energy dumps as high-carb foods.

Instead of giving in to your urges, Manganiello recommends checking in with yourself to see if you’re genuinely hungry.

According to research conducted by the Harvard Medical School’s Division of Sleep Medicine, a lack of sleep can lead to increased feelings of anger, short temper, and stress.

Grandner advised his patients to reduce their stress levels by engaging in relaxation exercises so that they would be physically and mentally prepared for whatever the day might bring. 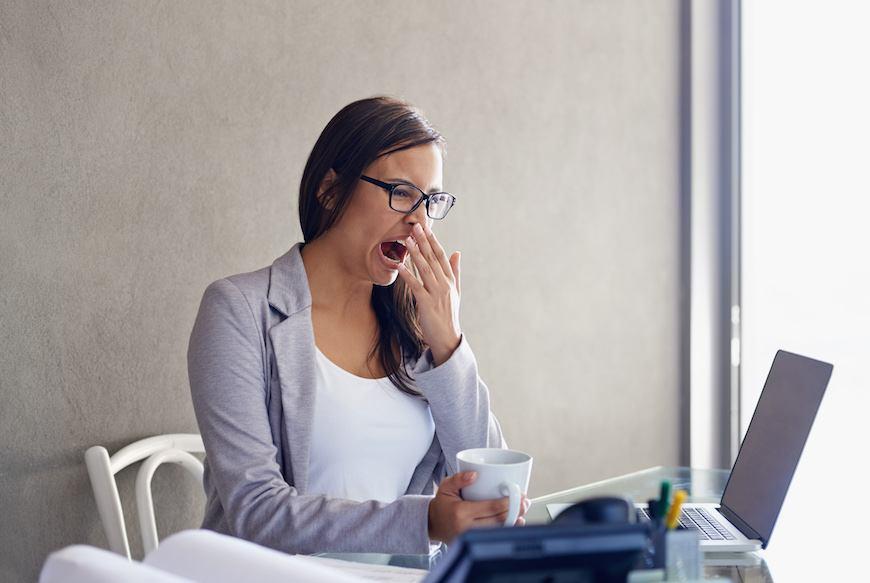 Grandner advocated for daily body scans and breathing exercises. He told INSIDER that one way to swiftly release stored tension is to “move your awareness over all the different muscles in your body to identify where you are tense,” and then relax those muscles.

Avoid Driving If You Are Too Sleepy

After a sleepless night, you shouldn’t go behind the wheel. Drunk driving and drowsy driving are equivalent in terms of alertness. As many as 6,000 fatal car accidents occur annually in the United States as a direct result of drivers’ impaired reaction times brought on by lack of sleep. With a blood alcohol percentage of 0.10 percent, driving after being awake for more than 24 hours is illegal in all 50 states.

Taking a bus, rail, or cab the day after a sleepless night is the safer option.