According to the 2014 Sleep in the Modern Family survey conducted by the National Sleep Foundation, three out of four teenagers and 96% of those aged 15 to 17 use technology in the bedroom. Average adolescents spend up to nine hours a day in front of the television or computer screen.

There are numerous advantages to the increasing usage of electronic gadgets in education, entertainment, and social networking. There is growing worry regarding the impact of blue light from electronic gadgets on the sleep-wake cycle. Sleep deprivation and other health issues may be linked to excessive screen time for teens, according to an estimated two-thirds of those ages 13 to 17.

How Do Screens Affect the Sleep-Wake Cycle?

The circadian rhythm that governs our sleep-wake cycle is largely influenced by the amount of daylight we get each day. We become more aware when the sun is shining. Melatonin, a sleep-inducing hormone, is released by the body when it’s dark.

There are a number of products on the market that emit short-wavelength blue light, which is a lot like sunlight. This light not only makes us more awake, but it also fools the body into thinking it’s still daytime.

There’s less melatonin being produced by the body in response, which disrupts the body’s regular sleep-wake cycle. The more time you spend staring at a screen, the worse your sleep will be. 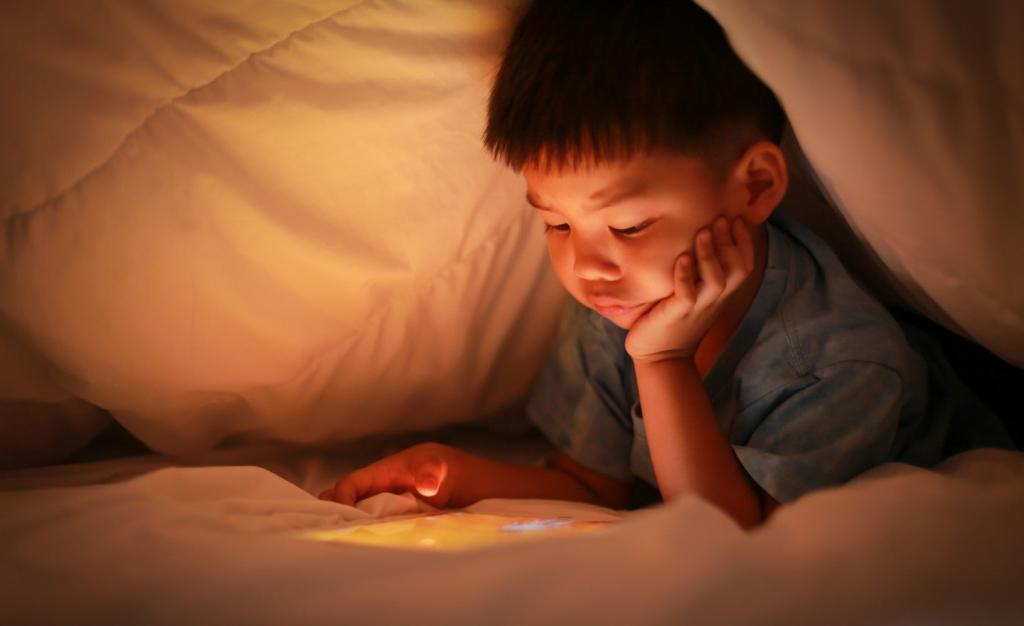 Does Screen Time Cause Insomnia in Teenagers?

Many of the symptoms of teen insomnia can be traced back to excessive exposure to screens. Screen usage delays the release of melatonin, which causes sleep to be less peaceful. School starts at a predetermined hour for most teens, so later bedtimes tend to result in less sleep overall and more tiredness the next day. The circadian rhythm is thrown off balance when people habitually stay up late throughout the week then sleep in on the weekends to make up for lost time.

Children and teenagers may be more vulnerable to the harmful effects of blue light than adults because their eyes are more transparent. In order to avoid sleep issues in children and teenagers, it’s crucial to limit their exposure to screens in the evening.

Screen time for teenagers may directly disrupt sleep patterns, reducing melatonin levels. Using social media or watching a tense or violent movie right before going to bed can keep you awake and prevent you from falling asleep. Passive technology, such as a television running in the background or a smartphone that emits sounds, vibrations, and light, can also alter alertness and melatonin levels.

As to whether or not the use of electronic devices at night contributes to the development of insomnia in teenagers, there is considerable dispute. In addition, excessive mobile phone use has been connected to despair and anxiety, which are both associated with insomnia. It’s possible that sleep deprivation, screen time, and unpleasant feelings all contribute to the development of unhealthy habits.

That said, the general consensus is that too much time spent in front of a screen causes more sleeplessness than it does relief. 57% of kids who use technology in the bedroom experience sleep issues, and teens routinely report poorer sleep while using a TV or small screen such as a smartphone.

Which Devices Have the Biggest Impact on Sleep Quality?

Certain devices may be worse for sleep issues than others, but researchers aren’t sure. Many electronic devices have been found to interfere with a person’s ability to have a good night’s sleep, especially if they are used in the hour or two before bed. 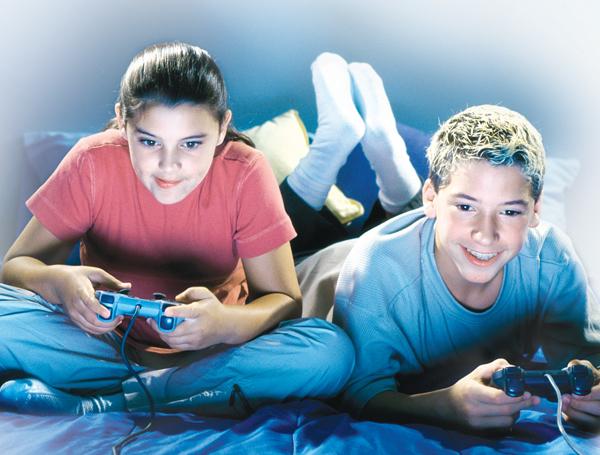 Smartphones and video game consoles, for example, are thought by some experts to be particularly disruptive to sleep because of their interactive nature. Smartphones may have a greater impact on melatonin levels than televisions since they are held closer to the user’s face. Teenagers who use screens in a dark environment appear to have poorer sleep, presumably due to dilated pupils that allow more blue light to pass through.

The likelihood of a teenager’s sleep being disrupted increases with the amount of time they spend in front of a screen each day. Teens who use a cell phone to speak with others before night may not get enough sleep as they wait for a response. Finally, it has been found that kids who keep their phones on overnight are more likely to be awakened by alarms for incoming messages.

What Are the Consequences of Sleep Deprivation for Teens?

Anxiety, depression, and academic performance can all be negatively affected by sleep deprivation during the teenage years. Chronic sleep loss can lead to a weakened immune system, sadness, and suicidal thoughts in teenagers who don’t get enough sleep.

Obesity is a risk factor for both sleep loss and screen time, especially if screen time replaces exercise. Teenage drivers are more vulnerable to car accidents due to fatigue that results from a lack of quality sleep the night before they get behind the wheel.

It is preferable to avoid putting a specific number on the amount of time kids should spend in front of a screen, given they utilize screens for both scholastic and social reasons. Instead, they encourage parents to create a customized media plan for the entire family.

There should be strict time limitations on screen use, as well as time set aside for family, schoolwork, and exercise as part of a family social media plan. Think about drafting a “screen time plan” together with your teenagers. If you want to enhance your teen’s screen use habits and sleep environment, you should do the following things:

There should be no screens in the bedroom. The brain relaxes more quickly when the bedroom is designated solely for sleep. However, keeping technology out of the bedroom isn’t always an option. When it’s time for your teen to go to bed, ask them to switch off their electronic devices an hour or so before they go to sleep. Blue light-blocking eyewear or smartphone applications may also help young people sleep better at night.

Parents can set a good example for their children by setting reasonable limits on how much time they spend in front of the television or computer screen. 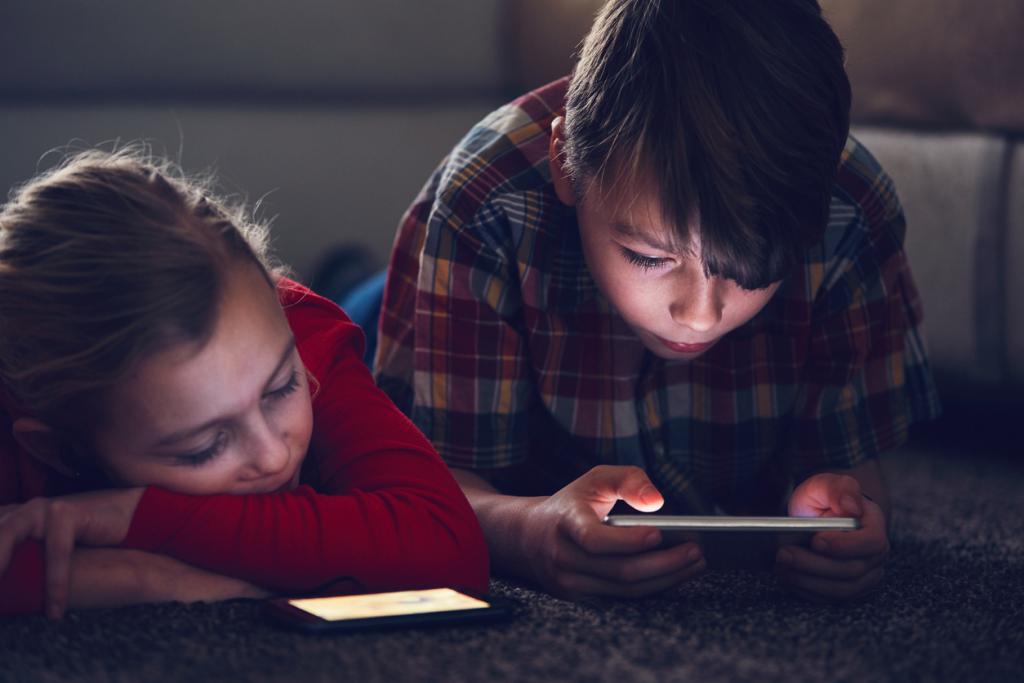 How much sleep do children need?

Humans have a circadian rhythm that is influenced by the amount of sunshine they are exposed to. That’s why we’re more alert during the day and tired at night. Melatonin, a sleep-inducing hormone, is released by the body as the night progresses.

Computers, laptops, smartphones, televisions, and other electronic devices create blue light that resembles sunlight. In order to keep us awake, the emission tricks our body into thinking it’s still daylight. The body becomes more attentive, making it more difficult to fall asleep at night due to the increased absorption of blue light.

As a result, the body’s sleep-wake cycle is thrown off balance. As a result, it gets more difficult to sleep at night when you spend so much time in front of a screen. If you don’t get enough sleep, you may end up suffering from insomnia.

Can Electronics Cause Depression?

Adolescents’ reported rise in insomnia and depressed symptoms has been connected to an excessive amount of electronic use every day, as well as lower sleep length or disturbed sleep, a study presented at the 32nd annual meeting of the Associated Professional Sleep Societies found.

This sleep study looked at how various electronic activities affect the quality of sleep and mental health of adolescents. A survey was administered to a total of 2,865 teenagers, with an average age of 15 to 16. They were asked about their sleeping habits, such as difficulty getting asleep, difficulty staying asleep, and the amount of sleep they get on a regular basis. –

The CES-D clinical screening test for depression was also administered to these pupils (the Center for Epidemiologic Studies Depression scale test). Social messaging, web surfing, TV/movies, and gaming were the four electronic activity that teens reported spending the most time doing.

Social media, computer surfing, and TV/movie viewing were found to cause an increase in symptoms of insomnia and less sleep in the experiments. Depression symptoms rose as a result of the lack of sleep.

The test also found that the more time spent on each activity, the less sleep one gets, and the more depressive symptoms one experiences. 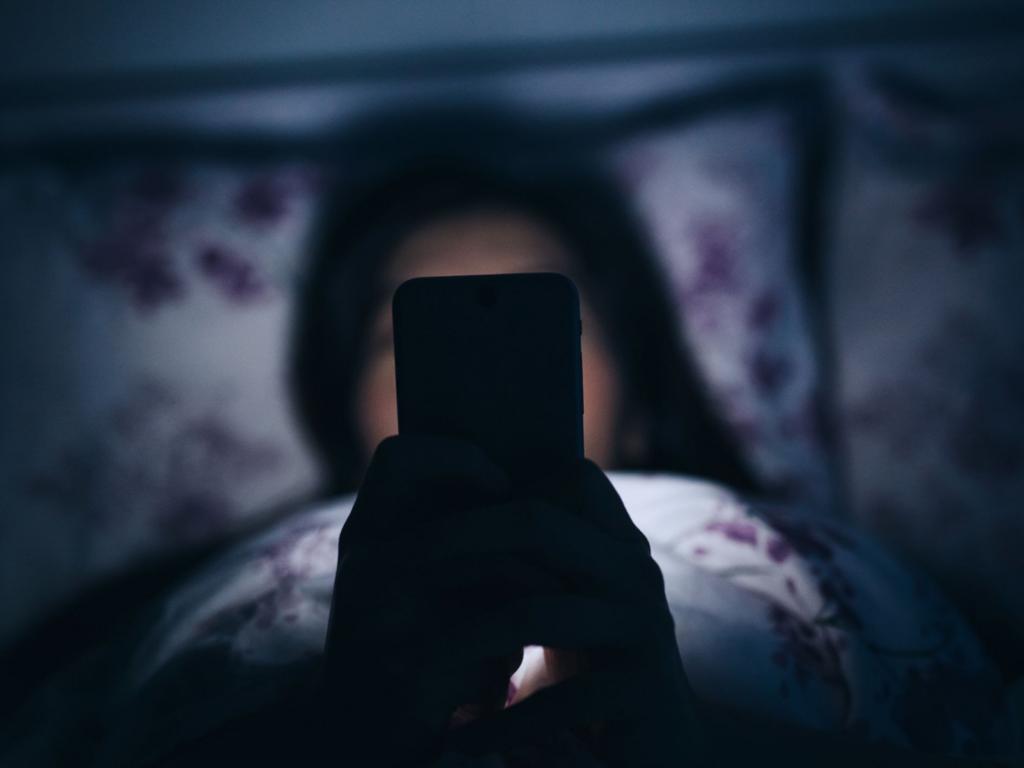 Can I Help My Child Sleep Better?

According to Stony Brook University postdoctoral researcher Dr. Stella Xian Li, “Higher prevalence of depressive symptoms among teens may be explained by the pervasive use of screen-based activities, which might interfere with high-quality restorative sleep.”

Studies in sleep medicine have also shown that gaming has a greater impact on depression symptoms than messaging. Reduce your child’s time spent playing video games by taking them outside to play basketball or another activity they enjoy.

As a result, Hale believes that parents, educators, and health care providers should think about ways to help their children sleep better and deal with depression by restricting their screen usage.