Narcolepsy, characterized by extreme sleepiness during the day, can have serious negative effects on the health of children, teenagers, and adults.

Due to the rarity of narcolepsy, many instances are presumed to go misdiagnosed or to be diagnosed well after the onset of symptoms. A patient’s safety and quality of life may be jeopardized if they do not receive treatment in a timely manner following a delayed diagnosis.

The diagnosis of narcolepsy is a multi-step process that often involves a number of medical testing and sleep studies. Knowing what to expect from their doctor during appointments and testing might help people with narcolepsy deal through their symptoms.

Chronic narcolepsy is a neurological condition that disrupts the brain’s natural sleep-wake cycles. Those who suffer from narcolepsy often feel refreshed upon rising, but subsequently sleep excessively for the better part of the day. Many people with narcolepsy also report having trouble falling or staying asleep, or waking up repeatedly during the night.

Everyday life can be severely impacted by narcolepsy. A person can be in the middle of doing something, like driving, eating, or conversing, and suddenly find themselves dozing off. Cataplexy, a sudden weakness of the muscles that renders the person immobile, is another symptom, as are hallucinations and dreamlike imagery, as well as complete paralysis right before sleep or right after awakening (sleep paralysis). 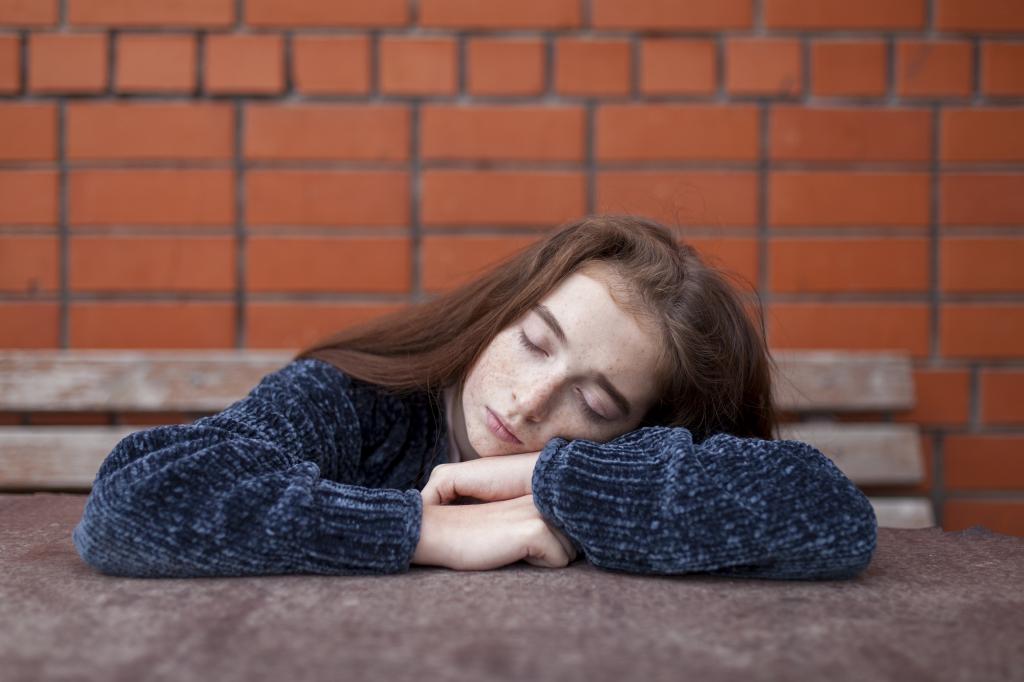 Dreaming happens during rapid eye movement (REM) sleep, however because the brain relaxes the muscles during this period of sleep, people don’t act out their dreams.

With narcolepsy, REM sleep can occur as early as 15 minutes after falling asleep.

It is also possible for REM sleep characteristics such as muscle weakness or dream activity to happen while awake.

Some of the signs and symptoms of narcolepsy may now be clearer.

If narcolepsy isn’t properly identified and treated, it can have serious consequences for a person’s mental health, preventing them from achieving their full potential at school, at work, and in their personal relationships.

Medical doctors are the only ones qualified to diagnose narcolepsy. A medical professional, typically your PCP, will organize the diagnostic process.

Additional assessments by a sleep specialist, neurologist, and/or psychiatrist may be recommended in some circumstances to help with diagnosis and therapy.

What are the symptoms?

Although narcolepsy affects people for the rest of their lives, it often does not get worse with age. Even if symptoms do improve slightly over time, they will never fully disappear. Daytime sleepiness, cataplexy, sleep paralysis, and hallucinations are the most common signs. Ten percent to twenty-five percent of those who contract the disease will experience all of the other symptoms during the course of their illness, though every single one of them will have extreme daytime sleepiness.

There are other signs of narcolepsy, such as:

What are the types of narcolepsy?

The two most common forms of narcolepsy are:

Multiple factors could contribute to narcolepsy’s development. Hypocretin, a naturally occurring hormone that encourages wakefulness and controls rapid eye movement (REM) sleep, is absent or present in extremely low amounts in nearly all patients with narcolepsy who experience cataplexy. Most patients with narcolepsy who do not also suffer from cataplexy have normal levels of hypocretin. 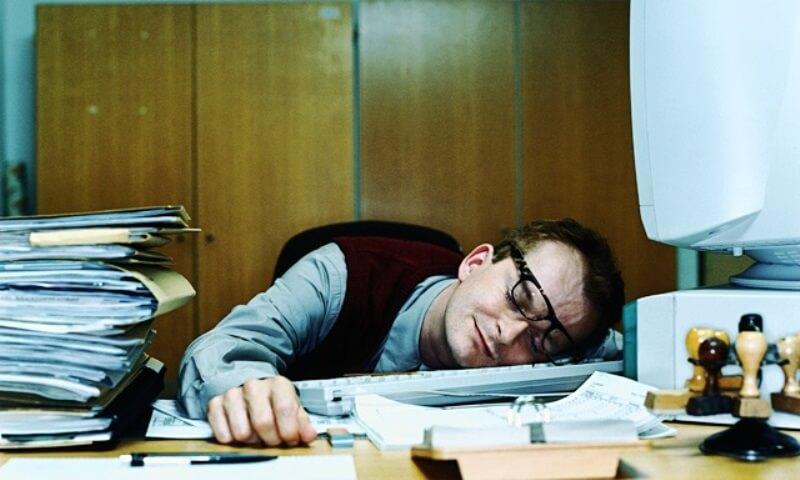 Current research reveals that a lack of hypocretin may be the result of a mix of circumstances, although the exact origin of narcolepsy remains unknown. This is due to a combination of variables, including:

How Is Narcolepsy Diagnosed?

Concerned individuals should first consult their primary care physician or family doctor regarding excessive daytime sleepiness (EDS) or narcolepsy. The diagnostic procedure, which often consists of numerous stages, might begin with this initial point of contact.

Initial medical care will likely consist of the doctor asking you questions about your symptoms, looking through your medical records, and conducting a brief physical exam.

Your doctor may inquire as follows to better understand your symptoms:

Many different things can trigger EDS, so your answers below will help the doctor zero in on the most likely culprit. Another way to narrow down the potential reasons of your symptoms is to get a full medical history and check your current medications.

The Epworth Sleep Scale is a brief test your doctor may have you take to learn more about your sleeping habits (ESS). The doctor can use your impressions of how sleepy you feel from these survey questions.

Keeping a sleep record, or diary of your sleep patterns, for a week or longer may also be required. Actigraphy is a form of sleep monitoring that makes use of a wearable tracker similar to a watch.

It is normal practice for doctors to offer two different types of sleep testing if they suspect a patient has narcolepsy or another sleep problem.

The Polysomnogram (PSG) and the Multiple Sleep Latency Test (MSLT) are both elaborate procedures that must be carried out in a devoted sleep center. Because of the need for constant monitoring of brain activity, home testing for narcolepsy is not feasible.

The PSG and MSLT findings may prove decisive in making a narcolepsy diagnosis. The average time it takes someone with narcolepsy type 1 (NT1) or type 2 (NT2) to fall asleep is less than eight minutes, and they enter REM sleep far earlier than the general population.

Proper preparation is essential to achieving reliable outcomes on these examinations. You should get ready by keeping a sleep journal or an actigraph to record your sleep patterns for at least a week before the test. Avoiding sleep-disrupting drugs or chemicals is also recommended.

Before you go in for one of these sleep studies, your doctor or a technician at the sleep clinic can give you detailed instructions and explain what to expect.

Cerebrospinal fluid (CSF) is drawn from the lower spine during a lumbar puncture, and the resulting sample can be analyzed for hypocretin concentration. Hypocretin, also known as orexin, is a molecule that has a role in modulating sleep and wakefulness. In those with narcolepsy type 1, when hypocretin-producing neurons die out, low levels of the hormone are a telltale sign of the disorder.

Almost everyone with NT1 also carries a mutation in a gene called HLA-DQB1*06:02, which is associated with reduced hypocretin levels. While this polymorphism can be looked for with human leukocyte antigen (HLA) testing, it cannot be used to diagnose narcolepsy on its own because it is present in many persons who do not have the disorder.

If your doctor suspects and wants to rule out another ailment as the source of your symptoms, they may order further, non-routine tests, such as blood work or imaging.

What Are the Criteria for Diagnosing Narcolepsy?

Your doctor will be able to tell if you have narcolepsy based on your symptoms, the findings of the physical examination, and the outcomes of any sleep studies or other testing that have been performed.

There are various diagnostic criteria for narcolepsy types 1 and 2. Cataplexy, the rapid and transient loss of muscular tone associated with happy emotions, is a key differentiator between the two illnesses. Cataplexy is an NT1 disorder.

The following table provides a comparison of the diagnostic criteria:

The individual must satisfy both of the following conditions:

All of the following five conditions must be present in the patient:

A person’s diagnosis may shift when more information becomes available. Ten percent or so of those given an NT2 diagnosis later suffer cataplexy, at which point their condition is reclassified as NT1. 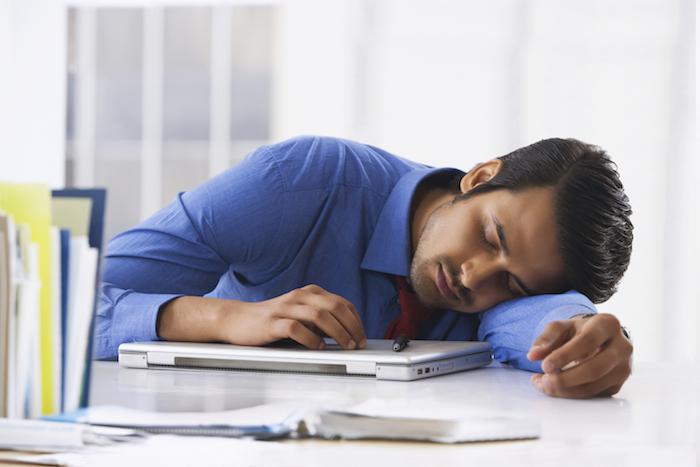 What Disorders Can Mimic Narcolepsy?

Other illnesses may have symptoms with narcolepsy, making a diagnosis more challenging.

About a third of Americans don’t get enough sleep, which can lead to drowsiness during the day. Insomnia, sleep apnea, and other sleep disorders, as well as a wide range of neurological and mental health issues, can all contribute to EDS.

Although cataplexy is NT1-specific, it might be misunderstood for other neurological disorders including seizures or strokes. Sleep paralysis and hallucinations, for example, are not exclusive to narcolepsy but can arise as secondary manifestations of other diseases.

In contrast to NT1, which can be diagnosed with a cerebrospinal fluid hypocretin level test, NT2 has no such reliable diagnostic sign. Because its symptoms are similar to those of other illnesses, such as idiopathic hypersomnia and insufficient sleep syndrome, doctors often have to exercise discretion when making a diagnosis.

Is Narcolepsy Diagnosed the Same Way in Children, Teens, and Adults?

A narcolepsy diagnosis is made using the same procedure and criteria regardless of age. However, additional factors may be taken into account when assessing pediatric patients:

What Questions Can You Ask Your Doctor About Narcolepsy?

Being prepared for a doctor’s appointment about narcolepsy is a good idea. Make sure you’re ready to give a detailed account of your symptoms and how long you’ve been experiencing them. It could be helpful if you came prepared with a list of questions to ask. Possible questions could be along the lines of: