Everyone yawns—adults, children, and even animals. Numerous theories have been put up by scientists to explain the precise source of this occurrence.

Yawns are typically associated with fatigue or boredom. Studies on various mammals have revealed that they yawn more frequently when they are sleeping or resting, including sea lions. Recent studies indicate that yawning may have vital physiological or social purposes beyond just indicating fatigue.

Why Do We Yawn? 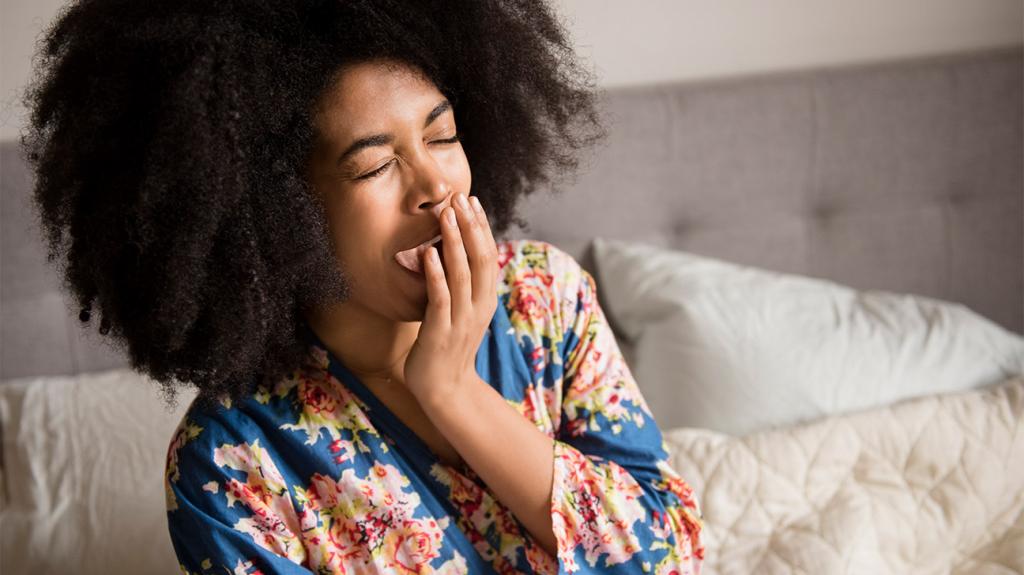 Theory #1: Yawning Wakes Up the Brain During Times of Boredom or Tiredness

According to one idea, yawning may assist in keeping the brain alert when engaging in dull or inactive activities.

The facial and neck muscles have to move in order to yawn. According to researchers, this movement may stimulate the carotid artery, increasing pulse rate and causing the production of chemicals that help people stay awake. According to experts, yawning may also have a direct impact on brain activity by causing brain fluid to migrate from a resting network to a more active one.

Similar to the effects of caffeine, yawning also causes the skin’s electrical conductivity to rise. Researchers reason that because caffeine increases alertness, the two substances may have the same physiological effect.

The kinds of activities that are more likely to cause yawning lend additional support to this idea. For instance, when someone is doing anything passive like driving, watching television, or listening to a lecture, they are more likely to yawn. They are less prone to yawn when they are engaged in an activity like talking or cooking.

Brain thermoregulation, or the process through which the brain maintains its internal temperature, may be facilitated by yawning. The facial muscles tighten and move as you yawn, improving blood flow to the face where heat can escape more quickly. When someone yawns, their eyes may water and maybe produce heat. A deep breath of fresh air can also perhaps assist in delivering cooled blood to the brain.

The thermoregulation theory has been supported by preliminary investigations of humans and animals, while additional research is still required. For instance, parakeets yawned more when the outside temperature rose, especially when it approached their body temperature. In a human investigation, participants watched videos of people yawning while having either a warm pack or an ice pack applied to their foreheads. In response to the videos, individuals using a warm pack yawned more, and those using an ice pack yawned less.

Another study shown that altering neck temperature could affect yawning. Participants applied a heated, cooled, or room-temperature pack to the neck’s carotid artery. Then they removed it and watched a video of people yawning after holding it in place for five minutes. Three times as often as those with the cool pack, those with the warm pack yawned.

Studies on seasonal variations in ambient temperature further support the idea that yawning is a kind of thermoregulation. One study, for instance, asked participants to estimate how frequently they yawned in the summer and the winter. The subjects were considerably more likely to report yawning in the hotter summer months, the researchers discovered. After controlling for factors like humidity and sleep, this association remained strong.

Those who suffer from certain illnesses that raise the body’s core temperature, such as multiple sclerosis, anxiety, or stroke, may discover that yawning momentarily eases their symptoms. These circumstances frequently result in excessive yawning, which may be a normal reaction to heat exhaustion.

There is general consensus that yawning is contagious. People frequently yawn themselves when they see or hear others yawn. A yawn might be brought on by reading or even thinking about yawning.

Yawning is contagious, which suggests that it may be an empathetic reaction that facilitates communication between people and other mammals. According to brain imaging studies, when a person observes someone yawn, activity in the areas of the brain linked to empathy and social behavior increases. 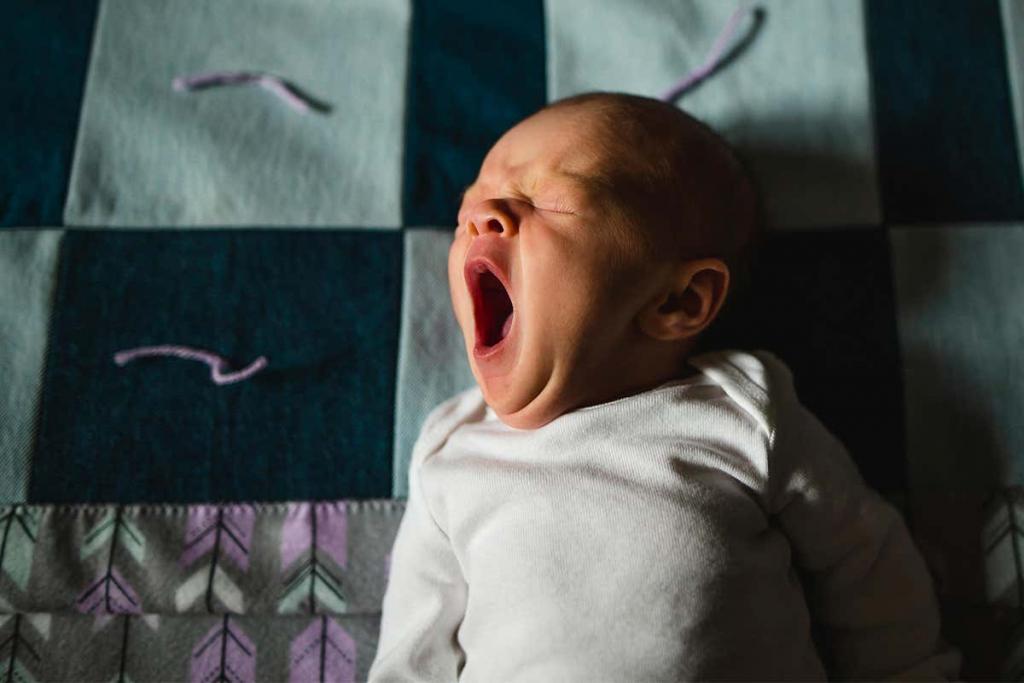 According to research, people are more likely to yawn when someone else yawns if they feel close to that person. In other words, when someone sees a friend or family member yawn, they are more likely to yawn themselves than a stranger or an acquaintance. Humans yawn from the time they are infants, but they do not become sensitive to contagious yawning until they are between the ages of 4 and 5 when they have built the cerebral connections necessary to comprehend how other people feel.

Contagious yawning has been linked in certain studies to greater empathy. On the other hand, conditions that impair social skills, including schizophrenia or autism spectrum disorder, also appear to limit contagious yawning. Although fatigue still seems to play a larger role, those who score higher on selfishness, callousness, and other antisocial personality traits are also less likely to yawn in reaction to others’ yawns.

In the animal kingdom as well, the empathy theory of yawning has been investigated. Similar to humans, dogs don’t exhibit contagious yawning until they are around 7 months old, when they have developed the ability to notice others and identify their emotional condition. The emotional bond between a dog and the person yawning does not, however, impact the dog’s propensity to yawn. This discovery has caused some academics to doubt the idea that yawning and empathy are related.

Other Theories About Why We Yawn

Your eustachian tubes, which link your throat to your ear, are aided in opening by yawning. While the ear does not have enough time to equalize, as when a plane is landing, this technique can assist reduce the painful pressure buildup that results. However, since swallowing serves the same goal, researchers do not think that this is the main cause of yawning.

An earlier notion suggested that people yawn because their brains are not getting enough oxygen. When there was more carbon dioxide in the blood than oxygen, the theory went, yawning assisted in bringing in fresh oxygen to the brain. Scientists have abandoned this notion since research has revealed that yawning does not increase as carbon dioxide levels rise in the body.

Yawning spreads like wildfire. Even watching footage of others doing it can make you drowsy. See if you can watch the video below without yawning. After, we’ll explain what it might indicate.

According to a Baylor University study, if you did catch a yawn, it’s a positive thing since you’re bonding and displaying empathy.

The research, which was written up in the journal Personality and Individual Differences, examined 135 college students’ personalities as well as their responses to various facial expressions.

According to the findings, people were less likely to yawn after witnessing someone else yawn if they had less empathy.

It’s crucial to understand that these findings cannot be applied generally. It is not proof of psychopathic or sociopathic tendencies to not yawn.

How Much Yawning Is Too Much?

There isn’t a universal agreement on how much yawning is excessive, although some professionals believe it’s odd to yawn more than three times in a 15-minute period without a clear reason. Up to 28 times a day, typically right after waking up and right before bed, the average person yawns. Yawning is also regarded as abnormal and could be a sign of an underlying condition if it doesn’t occur in the presence of exhaustion, boredom, contagiousness, or other common signs.

Damage to the areas of the brain involved in yawning may be the cause of excessive yawning. An excessive amount of yawning may indicate neurological diseases like: 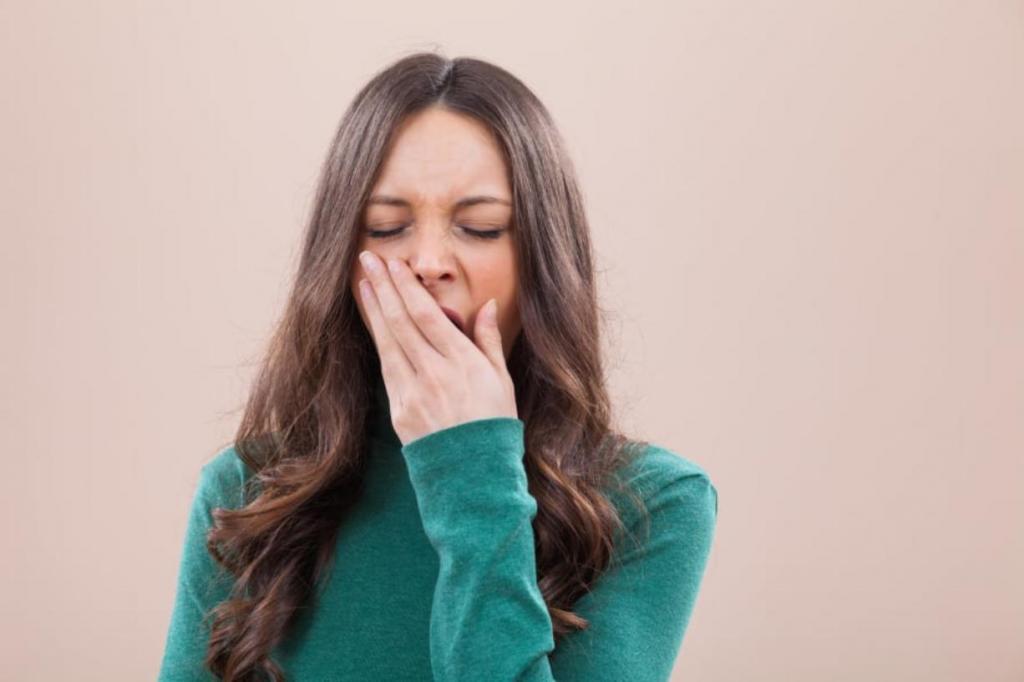 Try deep breathing exercises through your nose if you find that you yawn a lot. Perhaps your body requires more oxygen. A 2007 study similarly discovered that nasal breathing fully reduced contagious yawning in their experiment.

Your brain can also be stimulated by changing up a routine. People often yawn more when they are weary, bored, or stressed. Additionally, consuming too much caffeine or going through an opiate detox might cause excessive yawning.

You might also try going for a walk outside or locating a place that is cooler. Drink some cool water or consume a chilled snack, like berries or tiny carrots, if you don’t have time to do this.

When to Talk to Your Doctor About Yawning

Yawns are typical reactions to watching someone else yawn or to feelings of fatigue, boredom, hunger, or stress. Consult your doctor if you find that you are yawning more often than normal and are unsure of the cause. If you frequently yawn due to inadequate sleep or feeling sleepy during the day, you should also see your doctor. In order to determine what is causing your yawning and suggest next steps for you to take, your doctor will ask you questions and, if necessary, order tests.