Increasing numbers of Americans are choosing to work from home and spend the day at home as a result. Remote employees have the option to read a book or perhaps take a sleep after their meal, rather from rushing back to work as you would if you were working in person.

People in the United States may not be used to taking a nap during their lunch hour. However, resting in the middle of the day is not unique to the United States. However, it is impossible to establish the exact period of the beginning of siestas, but the practice is most generally linked with Spain and dates back to the early Roman Empire.

What Is a Siesta?

When it comes to the time of day when shops in Spain and other hot climes would close for a few hours in the afternoon, the term “sixth hour” has been utilized. It was possible for people to eat, rest, and cool off during this period of time because of this closure. The usual working day in Spain would begin at 9 a.m. and end at 2 p.m., with a two-hour break for the siesta. Then, from 4 p.m. to 8 p.m., the workday would begin again. It is also common to use the term “siesta” informally to describe an afternoon snooze. Benefits of the Siesta

A short nap in the middle of the day has numerous health benefits, such as improving memory and reducing blood pressure. Many of us suffer from chronic sleep deprivation, so even a short nap might be beneficial. Taking a snooze for more than 20 minutes might cause “sleep inertia,” a profound grogginess that can be difficult to wake up from. Take a 15-minute snooze break and reap the following benefits.

Those who routinely rested for 10 to 30 minutes a day performed better on cognitive tests of memory and attentiveness in the next two and a half hours. While individuals who slept for more than 20 minutes felt drowsy, those who slept for just 10 minutes woke up feeling refreshed.

It’s possible that the lessened stress on the cardiovascular system from daytime sleep contributes to the “siesta habit,” according to research published in the Journal of Applied Physiology. Naps have been linked to lower rates of coronary mortality, but researchers confess that they don’t know for sure if this is due to the benefits of the sleep itself, a reclined position, or the mere expectation of a nap.

Sleeping for 90 minutes may help you stay calm in stressful situations. At midday and at 6:00 p.m., participants were shown images of faces that conveyed wrath, fear, and happiness. However, after a 90-minute REM sleep-inducing lunch break, the respondents were no longer as upset by angry or frightening looks as they had been earlier in the day.

Take a snooze whenever you can. The co-founders of Sleep for Success, James Maas and Rebecca Robbins, claimed in the New York Times that daytime sleep can “increase creative thinking, boost cognitive processing, improve memory recall, and generally clean out the cobwebs.”

When you’re exhausted, it can be difficult to summon the willpower you normally have in the morning, when your brain is at its most alert. Distractions and impulses are extremely hard to ignore and manage when you’re sleep deprived. A “power nap” in the middle of the day can counteract the natural decline in willpower that occurs from dawn to dusk. Relaxation and rejuvenation are just some of the benefits of a good night’s sleep. 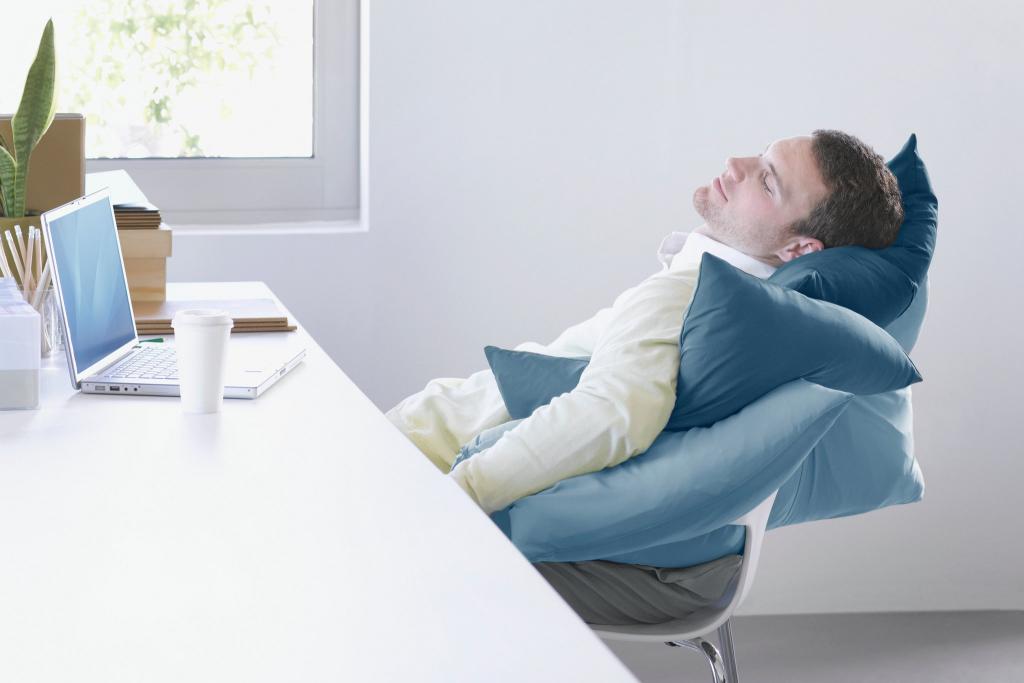 Workplace Siesta Around The World

Sleeping in the office is still a rarity in the West, despite the many benefits of a siesta. Asian countries, on the other hand, view snoozing as a good thing. Sleeping while being present in Japan is referred to as “inemuri,” or “sleeping in one’s own bed”. When you sleep during work hours in Japan, it is seen as a sign that you are working hard and that you need to take a break. We’re still a long way from accepting French customs, which are considerably different from our own.

Trends, on the other hand, change throughout time. Habits are shifting across Europe, particularly in Scandinavia and Germany. A growing number of French businesses are implementing strategies to help employees de-stress and unwind in response to rising levels of workplace stress. While it may seem counterintuitive, having relaxing at work is no longer a luxury, but rather a necessity, in the same way that solid working relationships or sharing the load of work are. Five hundred seventy-seven percent of organizations now want to encourage their staff to take some time off. In addition to re-energizing teams, a NASA research found that having a nap resulted in a 35 percent boost in productivity.

When it comes to napping cultures around the world, Spain is a standout. The practice of napping is so revered in Spanish society that the name “siesta” has been coined to describe it.

The Mediterranean tradition of taking a nap in the middle of the day, known as a siesta, is widespread. The Latin phrase “hora sexta,” or “the sixth hour,” is the source of the Spanish term “siesta,” which refers to a midday break that occurs six hours after waking up. The afternoon siesta is most commonly linked with Spanish culture. The exact hour of the siesta varies by region, although it is generally between 2 p.m. and 5 p.m. in most places.

There are places in Spain where siestas are highly revered. In the late afternoon, many businesses close their doors for lunch and a nap. When the streets are too noisy, mothers would even stop their children from playing and bring them indoors.

The siesta in Spain and other southern European countries provides a number of essential purposes. During the hottest part of the day in the Mediterranean environment, a siesta allows you to take a break and relax. While the society is known for its laid-back reputation, it actually works more than most Europeans. The siesta provides a much-needed rest.

Taking a siesta in the middle of the day has numerous health benefits. When it comes to boosting alertness and cognitive performance, napping may be a worthwhile investment. Death from heart disease is less common among persons in the Mediterranean region who regularly nap.

The midday sleep isn’t just a tradition in Spain. In modern Italy, the term “riposo” is used to describe an afternoon break. When it’s hot outside, many Italian businesses close early or late in the afternoon so that owners can go home for the day to eat, rest, and relax.

Italians, like many other individuals across the world, substantially benefit from taking a nap on a regular basis. One study found that older Mediterranean seniors, especially Italians, who napped in the middle of the day had better diets, higher levels of physical activity, and overall healthier aging.

As a result of Japan’s intensive work and study culture, its citizens sleep less than those in any other country. Napping in Japan is known as “inemuri,” or “being present while asleep,” and it’s a way to combat exhaustion.

Inemuri is not the same as the siesta and riposo of the early afternoon. Inemuri is an opportunity to take a short nap whenever feasible. On the train, on the park bench, or even at their desk, it’s not unusual for Japanese folks to take a sleep.

Taking a sleep is frequently linked with being lazy or slothful in the United States, but the Japanese view it as a sign of dedication, making inemuri more socially acceptable. Inemuri, the Japanese term meaning working oneself to exhaustion or sacrificing one’s overnight sleep in the name of productivity, is a common expression in Japan.

In Japan, Inemuri looks to have the same benefits as siestas or riposos for its residents. Japanese older people’s sleep and mental health are improved by combining naps with moderate activity, according to research. Shift workers in Japan who take naps are more awake and better able to regulate their circadian rhythms.

Snoozing in the Scandinavian countries of Norway, Denmark and Finland is a common pastime. Even with temperatures well below zero, it is not uncommon for parents to leave their young children alone in the cold to take a regular nap.

Children who sleep outside in the winter are better prepared to deal with adverse weather conditions, according to the Nordic parents. Children can spend more time outside as they develop if they become used to being exposed to the elements early on. In addition, parents believe that the chilly air encourages deeper sleep because youngsters tend to take longer naps outside than inside.

Some research suggests that napping for brief periods may improve overall cognition and memory, but this may not be true for everyone. Inflammation rises in the elderly when they take longer naps during the day. Men, on the other hand, are less likely than women of middle age to suffer from hypertension as a result of prolonged naps.

People with a history of heart problems may also be more likely to suffer a heart attack after a long slumber. This is because naps cause a drop in blood pressure, which rises quickly when you wake up, putting your heart at risk, especially if you’re older. Napping has also been linked to an increase in depressive symptoms in the elderly.

Consult your doctor before adding an afternoon sleep to your schedule if you have a history of cardiac problems or are an older adult. 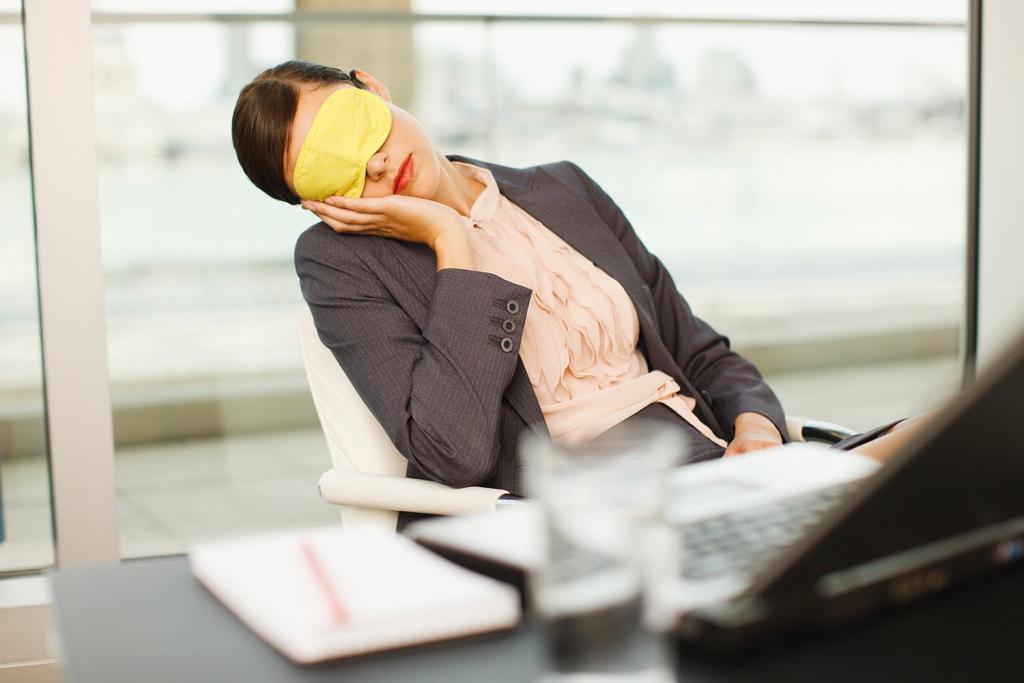 Creating a relaxation room at work

Previously, the workplace relaxation area would have been considered an aberration. Today’s business owners perceive this tranquil haven as a place where their workers may unwind and recharge their batteries. The need for a quiet place to rest and recharge is becoming more and more common. A break room, however, needs to be planned meticulously. There are some guidelines that remodeling projects should follow if they’re to produce a relaxing atmosphere. To begin, look for a room with enough of natural light and enough square footage to prevent a claustrophobic atmosphere. Partitioning off a space for naps is a must. Each armchair should be separated from the others so that each person may truly relax in their own space. Diffusers, hangers, masks, blankets, trinket trays, and coffee tables can also be used to personalize the room. Noise and pedestrian traffic should also be kept out of the room. Signs, such as a restriction on loud talking, eating, or using a phone, should be prominently displayed, as well as in different regions or at different times. There should be a variety of light sources and pastel colors in the rest spaces.

The furniture will be simple and unobtrusive, allowing light and air to flow freely through the area. The goal is to avoid cramming too many couches into the room. Siestas, on the other hand, should not be taken totally lying down, as would be the case during a night’s sleep. Choosing a zero-gravity position is a good idea. The spinal column is in a neutral position, stress is relieved from the back, and circulation is improved in this semi-lying position because the legs are elevated and the thighs and chest make a 127° angle. Ergonomic reclining chairs are ideal for ensuring that workers get the rest they need. Workplace health and safety will surely benefit from these improvements.

Tips for Taking a Siesta

Taking a daily nap or siesta could be a good way to get some relaxation into your day. Here are some pointers to consider if you want to begin taking power naps at lunch:

When Should I Consider Napping?

If you’re able to fit in a quick nap during the day, do it! You may not be able to snooze every day, but these times should still be taken into consideration: