Over the next few decades, the population of elderly people in the United States is predicted to expand dramatically. In fact, the number of Americans over 65 is predicted to rise from 15% in 2016 to nearly 21% in 20401, according to the U.S. Census Bureau. The United Nations predicts that the number of individuals over 60 will double by 2050 and quadruple by 21002, which is a global trend.

Many health problems are associated with aging, one of which is sleep deprivation. People over 65 who don’t get enough sleep might suffer from a wide range of health issues, including a decrease in quality of life.

Understanding the effects of aging on health is more crucial than ever before in order to meet the specific requirements of the aging population. The study of the connection between aging and sleep is an essential aspect of promoting general health in the elderly, as we spend almost a third of our lives sleeping.

Why Does Aging Affect Sleep?

Elderly people are more likely than younger people to notice a decline in the quality and length of their sleep. In many cases, the body’s internal clock is responsible for these shifts. The suprachiasmatic nucleus (SCN)3 is a master clock in the hypothalamus, a region of the brain that contains roughly 20,000 cells.

As we age, our sleep patterns vary because of the aging SCN4. Circadian rhythms can be disrupted by deterioration in the SCN’s function, which directly influences how sleepy and alert people feel.

As light is one of the most important cues for maintaining circadian rhythms, SCN receives information from eyes. One hour of daylight exposure each day is considered inadequate by several studies.5 This is especially true for the elderly. Seniors and those with Alzheimer’s disease who are housed in nursing facilities may have even less access to natural light.

Melatonin and cortisol production may potentially play a role in interrupted sleep among the elderly. The body produces less melatonin, a hormone that promotes sleep by regulating circadian cycles, as we get older.

Sleep can also be disrupted by mental and physical health issues. Depressive and anxiety disorders, as well as heart disease and diabetes, are among the most common causes of insomnia in the elderly.

It might be difficult to determine the link between physical health and sleep because many older persons are diagnosed with many health issues. 24 percent of persons aged 65 to 84 were diagnosed with four or more health issues in the 2003 National Sleep Foundation Sleep in America Poll, which looked at 11 common health conditions. Sleep deprivation, poor sleep quality, and signs of a sleep disorder were more common among people with numerous health conditions. 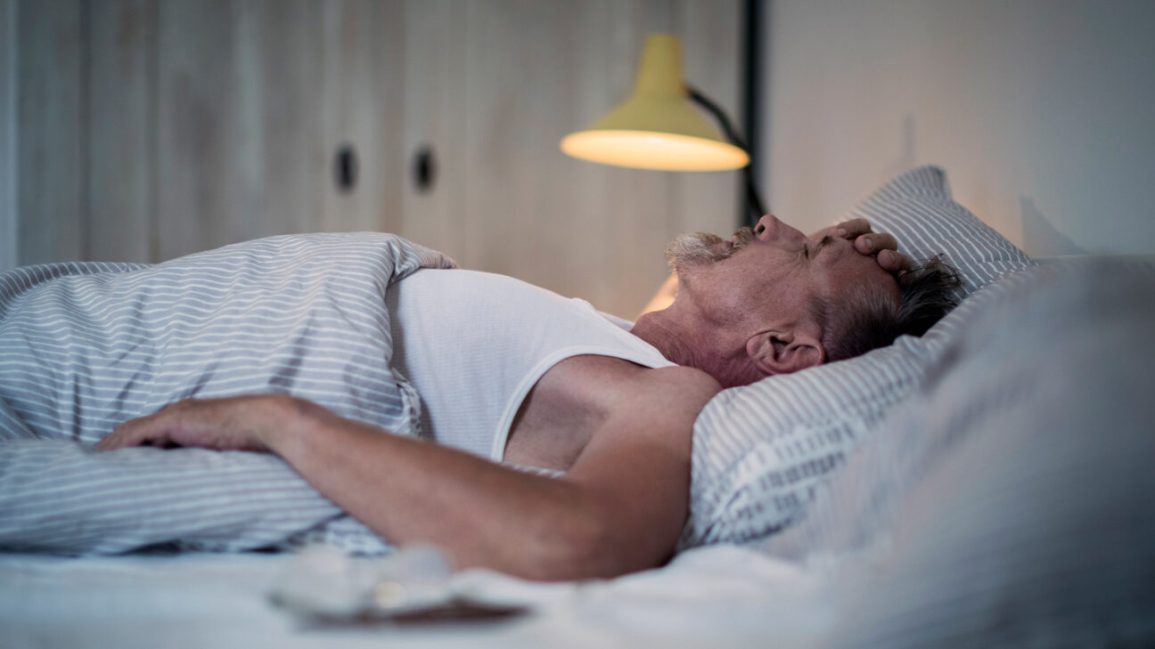 The side effects of medicine may also cause sleep problems. About 40% of people 65 and older take at least five drugs. Many prescription and over-the-counter medications might cause sleep problems. Antihistamines and opiates, for example, can make you drowsy during the day, while antidepressants and corticosteroids can keep you awake at night and exacerbate the symptoms of insomnia in the elderly. Multiple pharmaceutical interactions can have unintended effects on sleep that are difficult or impossible to predict.

Seniors’ inability to get a good night’s sleep may be linked to the alterations in their way of life that occur with growing older. As an example, retiring means less time spent working outside the home and more time spent resting and relaxing. Some other important life changes, such as losing independence and social isolation, can increase stress and worry that can also lead to sleep disorders.

How Does Aging Affect Sleep?

People’s reactions to aging vary. Despite the fact that some older persons may be able to get a good night’s sleep, others complain of a lack of sleep and poor sleep quality. There are a number of prevalent sleep disorders in the elderly, according to the experts:

That older people need less sleep than younger people is a myth9, according to the National Institute on Aging. Many older persons find it difficult to get the sleep they need, but this does not imply that they need less sleep. It appears that the decline in the amount of sleep a person requires from childhood to maturity stops around the age of 60. It is recommended that persons 65 and older receive seven to eight hours of sleep each night, according to the National Sleep Foundation10.

About 40% to 70% of people over the age of sixty-five suffer from sleep disorders that go misdiagnosed, according to the research.11 An elderly person’s quality of life can be greatly impacted by chronic sleep issues. The following are examples of common sleep problems among the elderly:

Older individuals can take steps to improve their sleep, according to research. Improve your sleep hygiene and behaviors to get a good night’s rest are frequently the emphasis of these stages As you approach your golden years, there are a few things you may do to ensure a good night’s sleep: 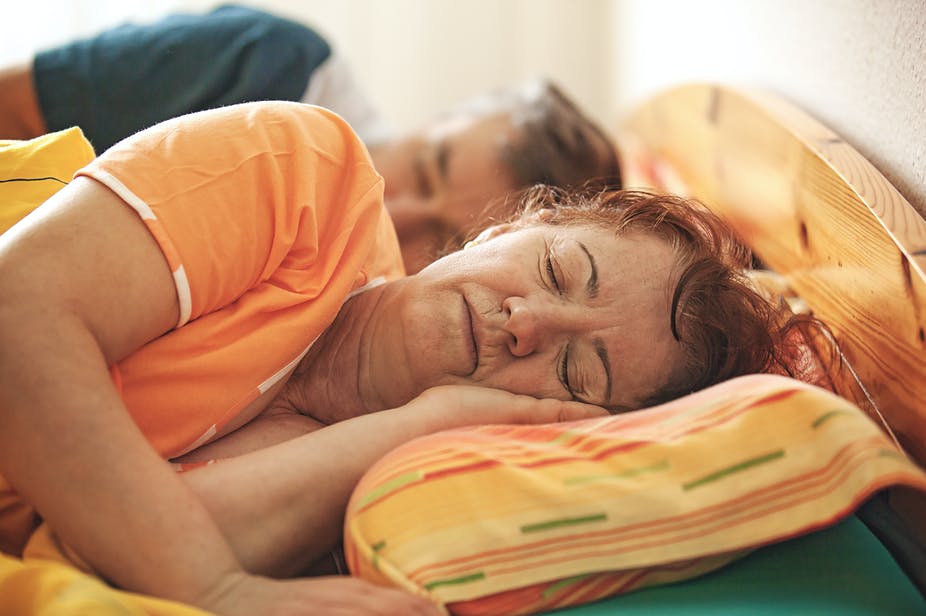 Elderly people who don’t get enough sleep are more prone to falls and accidents. Make adjustments to the bedroom environment to lessen the chance of accidents and to make it easier to ask for aid when necessary as people age. For a better night’s sleep, here are some tips:

What Causes Sleep Problems With Age?

Here are a few of the most common ones: If you don’t stick to a regular bedtime and wake-up time, your body’s internal clock will be disrupted, making it even more difficult to get a good night’s sleep. Drinking alcohol before bed, napping excessively, or staying in bed when you’re not sleepy are all bad habits at any age.

Medications: You may have difficulty falling or staying asleep if you take certain medications. Ask your doctor if you think that’s the case for you.

Worry, stress, or grief. Many adjustments to one’s daily routine are necessitated by the ravages of It’s not all bad, though. Others, on the other hand, are extremely difficult. The stress of losing a loved one, moving away from home, or developing a condition that alters your life can interfere with your ability to sleep. If you or an aging loved one are experiencing difficulties as a result of changes like these, see your doctor or a mental health professional. It may help you relax and fall asleep more soundly.

Sleep disorders: This includes the following: apnea, restless legs syndrome (RLS), PLM, and REM behavioral disorder. If you have one of these disorders, your doctor will be able to diagnose it.

Too much downtime. As we get older, many of us choose to keep physically active. However, you may have difficulty sleeping well if your days are too idle.

Do You Get Enough Sleep?

Everyone has their own unique personality quirks. Even if you sleep less hours per night as an adult compared to as a child, it may be that you are no longer as sleepy as you were when you were younger.

You should tell your doctor if you realize that your lack of sleep is affecting you during the day. You can take steps to improve your sleep quality. In many cases, these are easy changes to your everyday routine, such as setting a regular bedtime or exercising more frequently.